The End of Famous Outlaws.

Yesterday I posted about some famous outlaws.  I think today I will go a step further and tell you about the end of these outlaws.  The first ones on yesterday's blog were Bonnie and Clyde.  The police (four Texas officers and two Louisiana officers) set up an ambush for them on a road to Texas in a heavily wooded area in Bienville Parish, Louisiana. 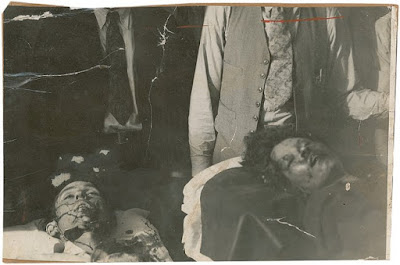 John Dillinger was shot down as he exited a theater in Chicago on July 1934 by police and federal agents.  An informer alerted authorities that Dillinger would be coming out of that theater: 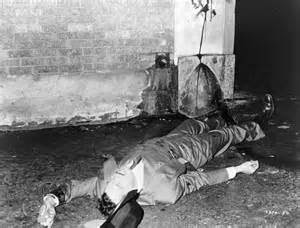 Bob Ford shot Jesse James in the back as Jesse got up to straighten a picture hanging on the wall.  Bob Ford must have thought that his actions would make him a hero but the opposite was true. 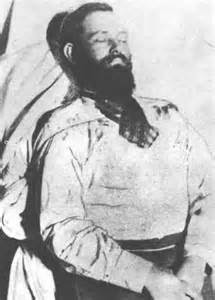 Doc Holiday died from tuberculosis and his last words were, as he looked down at his bare feet, "This is funny." 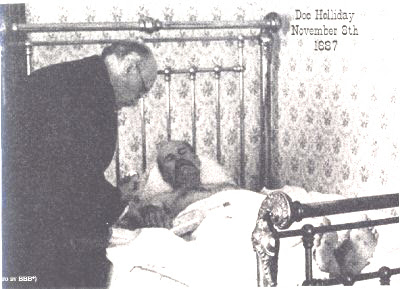 I believe we all know that Pat Garrett was the one who shot and killed Billy the Kid.  No death pictures so a tombstone with the dates will have to do. 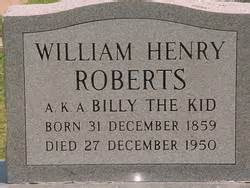 And again, no death picture but a tombstone.  Sam Bass was born in Mitchell, Indiana and was killed in Round Rock, Texas.  He tried running a legitimate business but they must not have done very well because he then turned to a life of crime.  He was wounded in a shoot out with authorities but escaped only to be found lying in a pasture west of Round Rock, TX.  He is buried in Round Rock Cemetery on Sam Bass Road. 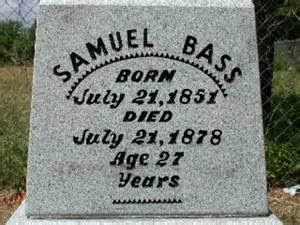 I can't find a death picture of Capone, so I guess his tombstone will have to do, too.  Since he had syphilis, it may have caused the stroke that led up to his fatal heart attack. 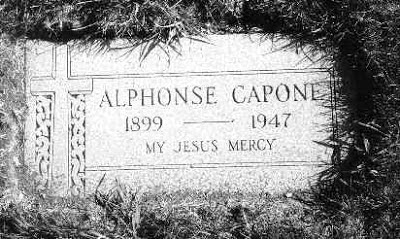 Well, I believe that covers everyone that I mentioned in yesterday's blog posting.  It seems that a life of crime ends at an early age and usually in death, at least in days gone by.  Now, you all keep out of trouble and have a great day, you hear?