As I promised yesterday, I am posting a few more picture from are quick couple of hours visit to .  We took a walk out toward the west end of and we spotted some wildlife.  Here is a picture of the west end: 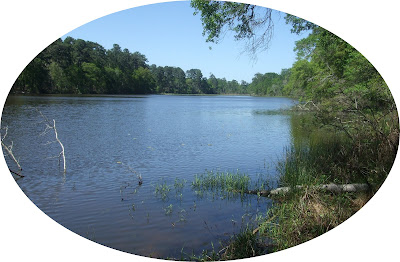 I saw one large object swimming a few inches below the surface, but couldn’t make out what it was.  It could have been a small alligator or a big, long fish.  I don’t know if they have gar in there, but it could have been an Alligator Gar.  They are a quite common fish in this area.  Here is picture that I found on the internet that shows an example of an Alligator Gar: 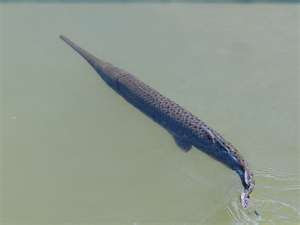 We didn’t walk the whole way to the end of the lake where most of the lily pads are, but there are some small ones scattered all along the shore:

Of course any pond, lake, or river in this area has a lot turtles: 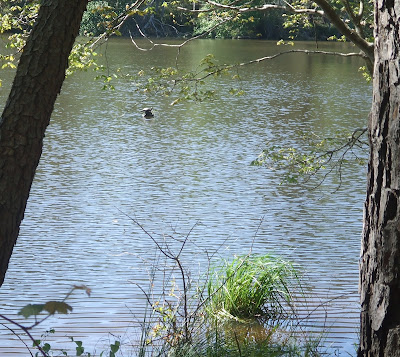 There were a lot of small, diving ducks.  I decided to get a picture of one:

Oops!!  Just missed him,  He dove so quick I didn’t realize that I had missed him.  I snapped the picture of it swimming by and looked up and it was gone.  So I looked back at the picture and saw I was just a little late pulling the trigger.  OK, I would just wait him or her out.  Wow, I didn’t know that they could hold their breath that long and go that far under water.  But when he popped up I was ready for him:

I suppose if that had not worked, I could have gone and knocked on his door: 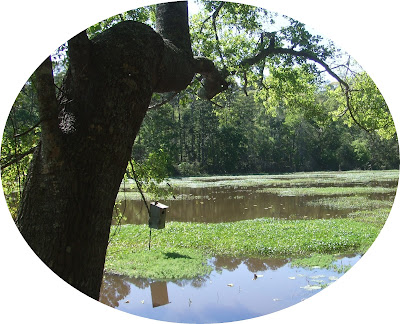 Although we didn’t see any other wildlife other than some ravens and other birds, we did see signs of some past activity. 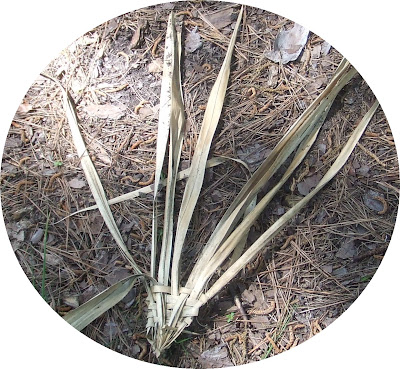 I am not sure what started this weaving job.  I have heard that some birds weave their nests.  But this was mighty big stuff for a bird to handle, so the only possible conclusion that I could come up with is that it was one of those Big Foot creatures that wonder the big thicket and the piney woods of .  I probably should have picked it up and brought it home as a trophy, but I felt like I was being watched and decided that maybe what ever it was that was weaving that palmetto didn’t just quit, but we disturbed it and it was just off in the thicket watching and waiting.  Or maybe it was a trap set to catch some curious invader for their supper.  Just can never tell, so left it untouched.  That was probably the right choice, seeing that I still able to write a blog about it. (grin).
Hey, you all have a great day now you hear?