Wondering about nothing in particular.

Ever have one of those mornings? You know, the one when you get up and you feel like your brain went on strike. Not only did mine go on strike but it is also picketing. It is carrying around this sign that says “Too much work, want more time off”.

Well now, I can’t stand for that, can I? But how do you fight back against your own brain? Doesn’t it control all you do? Well now, the devious part of me found a part, the brain stem, that does things without the main brain knowing about it. So now I got a plan (He He Snicker Snicker).

We are going to threaten the brain by letting it know that the brain stem controls the heart and blood flow and will shut off the supply of blood to the brain if it doesn’t shape up immediately.

Not a good idea. Now, as you know, the brain stem acts on its own, and now I have it fighting with the brain. What if it goes through with its threat to shut the blood supply off to the brain? Oh my, I am starting to get dizzy (not because it is part of my name).

By the way, my cousin sent me an email asking if I had ever heard of Dizzy-Dick Beer? I had not. He said it was a beer from Yorkshire, England. Don’t believe me? Take a look at this: 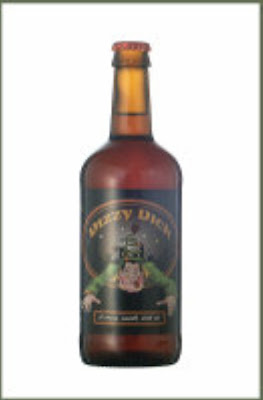