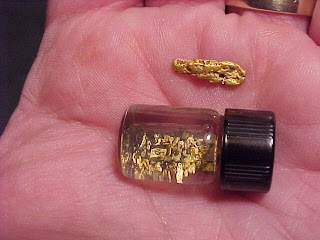 Did you ever think about going out in the desert and prospecting for gold? Well I sure dreamed of it, especially since I had never been to the desert. Just saw it on old cowboy shows. I thought about it for years and finally in 2003 I did something about it. The first thing I did was join the GPAA (Gold Prospectors of America Association). Found out about them by watching the Massie Brothers show, Gold Fever, on the Outdoor channel on TV. (got on that show in 2008) The group holds "group outings" at LDMA (Lost Dutchman Mining Association) sites located from Georgia to California, to Oregon. The one held the end of the year at Stanton, AZ was the closest for me and in the desert. Here is picture of me driving west. 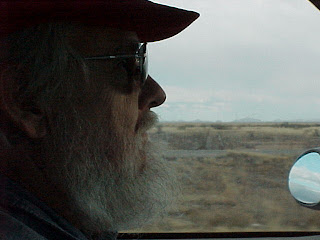 I had flown to California on business, but other than that, had never been much further in the south west than just a little past San Antonio, TX. So this was going to be an adventure for me and it did not disappoint. We had three dogs with us, and one (Chang Le) was just a puppy. Here is a picture of Muffin helping the driver. 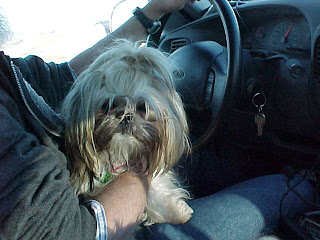 And here is a picture of all three taking a little nap next to some of my ham radio gear. 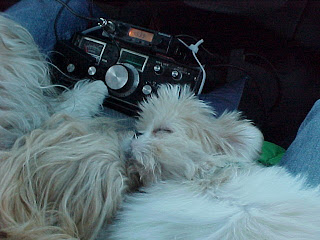 And on the couch in the travel trailer. 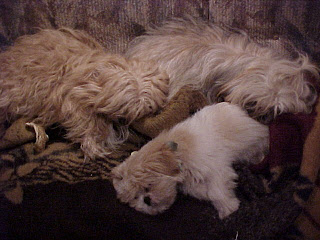 We finally arrived at Stanton, set up camp, and participated for two days in the common dig. The third day everything was divided up. Have you ever seen a pan of good like this one? 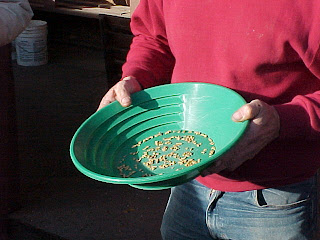 When you see a view like this, you know you are in Arizona: 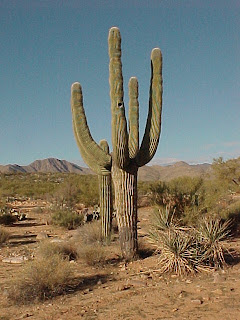 Just down the road (if you can call it that) from the camp a few miles is the Lucky Linda claim. Had to go try my luck on my own. Well, didn't find any luck or gold but the peacefulness of walking in the desert swinging a metal detector was great. Except for the time I walked right up on a big old rattle snake. Story for some other time. 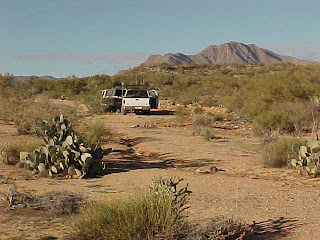 Between the claim and Stanton there is this big mountain that looks like some giant dumped these huge boulders in a mountain high pile. What was more impressive to me, was that the Saguaro could grow there. 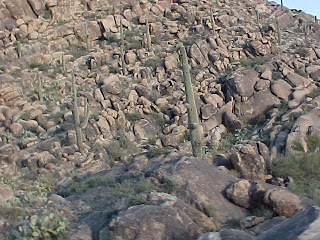 The three day event ended New Year's Eve night with a play about Stanton and it's history. The cast included the Massie brothers, camp help, and volunteers. A great ending to a great weekend. We were allowed to stay on for another day and did so.

That was my first trip and between my wife and I, we took over 300 pictures. The above is just a sampling. Have them all on my web-site. Went back in March of 2008 and had just as great a time. But of course, the first one will always be special. If you are interested in either the G.P.A.A. or the L.D.M.A., here is a link to their site: http://www.goldprospectors.org/

May all your pans show yellow.