My secretary and others 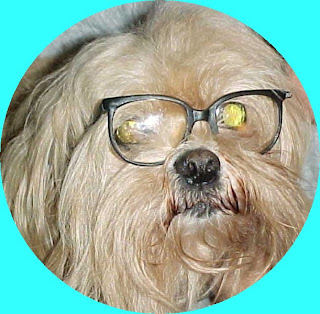 I am not doing very well trying to insert pictures throughout the text. Hit the "SAVE NOW" button but can't find the ones I was working on. Hope they don't get posted.


Anyway, this picture is of Buttons, my secretary. She is 18 years old and is always by my side or on my lap when I sit down to work on my computer. How many guys can say that their wife doesn't mind his secretary sitting on his lap at work? Guess I have an understanding wife. . .


This got published before I was through. Having trouble with the pictures going where I want them. OK, let me try again to insert another picture. 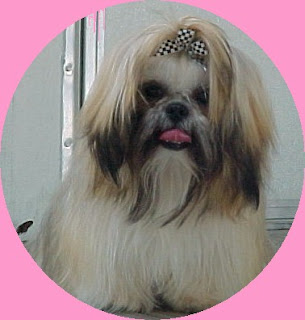 Ok, thanks Ben, this seems to work. The picture to the left is Ginger Muffin, the next oldest. After we got back from Terlinqua, she was such a mess that she had to be shaved. Now she looks like a Chihuahua with long hair ears and tail. Does not look like the same dog. Will take years to get back to normal.

She wants to be the alpha female, but still respects the old one, Buttons. Buttons is still the boss around this place.

The next picture is Chang Le. He is our male and the largest of the four. He and Muffin tried to breed but with no success. 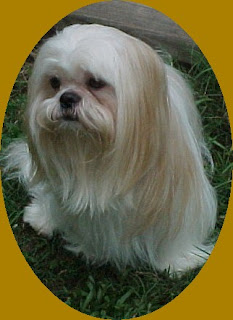 After a few years it was decided (Chang disageed loudly) that they all should be neutered.

He is the protector of the family, especially my wife. No one can get near her without his objections. All of these three dogs just love to travel. Buttons has thousands of miles under her belt and Muffin is the first at the door when I pick up my keys.

The last of the clan is Gizzy. A few years ago while on our way to Pennsylvania, we had some trouble and stopped at a Texarkana KOA. While out walking one of the dogs, a woman and little girl came up 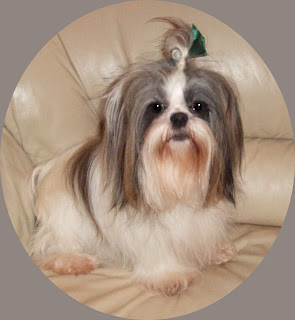 to my wife and handed her a sick little puppy, stuck an envelope under her arm, and told her the dog's name was Gizzy. The little girl waved and said "goodbye Gizzy" and they walked away before my wife could say or do anything. Later, another woman told my wife that the puppy was left tied outside a camper for a week. Only ate what someone threw to here.

Boy was she sick. Threw up peppers and junk that no dog should eat. Of course my wife decided to take here to Pennsylvania and give her to her cousin. On the rest of the trip, my wife Ruth, held Gizzy and hand fed her soft food. By the time we reached Pennsylvania, Ruth was attached to the dog. Figured that would happen. All we needed was more dogs. Had a Vet check her out and give her shots. That is how Gizzy came to be. Should have named her "Tramp" or "Road Kill" or "Truck Stop Cutie", or . . . you pick some more.


How about a doctor joke to end this with: A man comes into the ER and yells, "My wife is going to have a baby in the cab. The doc grabbed his stuff and rushed out the cab, lifted the lady's dress, and began to take off her underwear. Suddenly he noticed that there were several cabs and he was in the wrong one.