Wondering about a Prize Fighter.

I couldn't come up with any real good pictures, but this looks like one when he was getting started:

And maybe this one after he had been around for awhile.  Why do I say that?  His nose on this second picture looks like it has been hit a lot more times than the nose on the picture above. 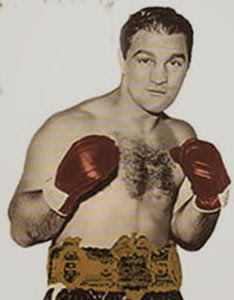 To us boys growing up about that time, he as truly an idol.  Every boy wanted to be able to fight like Rocky.  This picture shows the flattened nose a little better:

And an action picture is needed to finish off the blog: 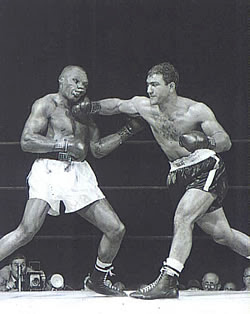 OUCH!!!
Rocky was a man's man, not just a boy's idol.  By the way, his real name was Rocco Francis Marciano.  His last name was altered some to make it easier to pronounce.  I am having a fight with a bout of flu and I feel like I tried to go a round with Rocky. . . Anyway, you all have a great day, you hear?﻿
﻿
Posted by Dizzy-Dick at 11:45 AM