Wondering about the comet.

On yesterdays blog, I reminded you to look for the comet.  I went out just after the sun set and looked west.  I was pleasantly surprised!!  I was not expecting to see such a bright comet, especially before it got dark.  It was spectacular!!  If I had known it was going to be so bright I would have gotten out one of my smaller telescopes but with just a pair of binoculars, I could make out its double tail and extra bright ball at the front.  To me from my viewing area, I believe it was brighter than comet Hale Bopp that showed up back in 1997.  This comet (C/2011 L4 Panstarrs) is just starting to put on its show.  It will return.

I took some pictures, but with my little inexpensive digital pocket camera, I could not zoom in enough to show the double tail.  You will have to take my word for that.  My wife suggested I take a picture though my binoculars, but I said I didn't think I could hold it steady enough.  I should have tried.  Anyway, some pictures.  On this first one, I put a yellow arrow point to the comet in case you had trouble spotting it: 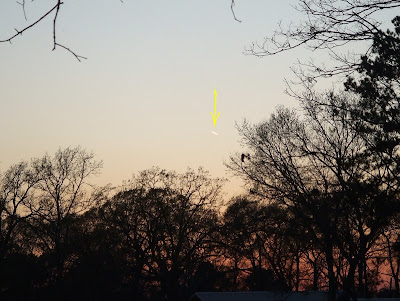 And a close up of the above picture? 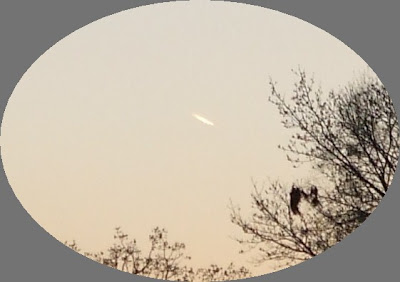 OK, you find it in this picture: 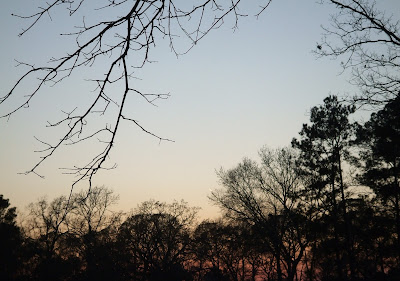 Here it is, hiding in the trees: 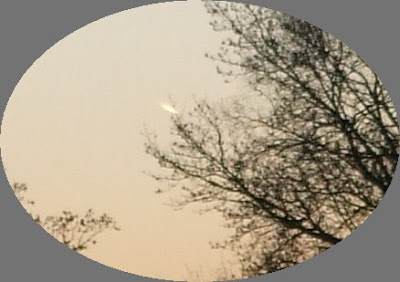 I moved over some to get one last picture of it that wasn't partially hidden by the trees:  Can you see it in this picture?  It shows up better than in the last one: 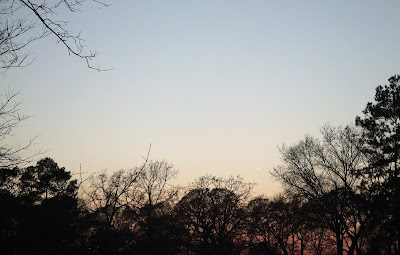 OK, here it is in this cropped picture: 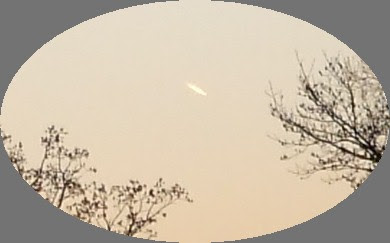 That did make my evening, for sure.  Today is the day I go back to the doctor's to find out the results from those ten viles of blood that he took to test for a whole list of things.  I sure do hope all the tests are complete.  Regardless of what the doc's report is or what he says, I am going to have a grate day and I hope you all have a great day, too, you hear?
Posted by Dizzy-Dick at 9:25 AM