Yep, it was 46 years ago when we eloped and got married in a little church in Mayville, NY. Was the first time I was in New York since I was 5 years old.
It was not an usual elopement. No ladder. Anyway, her house was a single story. Had a "best man" and a "brides made". And the night before the wedding, we told my parents and an aunt who was visiting. Just came out and asked them if the wanted to attend a wedding tomorrow. They asked who was getting married, and I told them I was. Dang, you could hear a pin drop.
It all worked out, they attended, we honey-mooned in Ohio (See Kathie, I have been to Ohio), and here we are 46 years later. The following is a picture of a reception that our family friends put together. A good time was had by all. 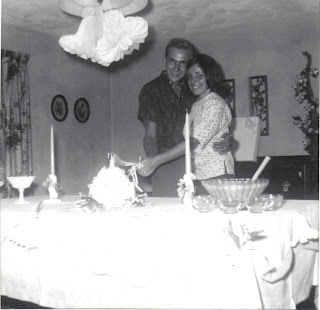 I was told by my dog Chang Le, that I had misrepresented something dear to him in an old blog when I was talking about my dogs. I had printed this statement: "After a few years it was decided (Chang disagreed loudly) that they all should be neutered." He wants all to know that he was not neutered.
Mr. Chang says that it sounded like he was (gulp) neutered. It was hard for him to say that word. Just look how sad, lonely, and hurt he is: 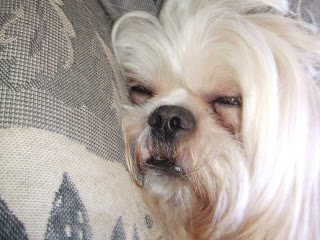 OK, I must apologize if there was any misunderstanding. Mr Chang says that he is very willing to share his king size bed with any female, if she is ready and willing. . . 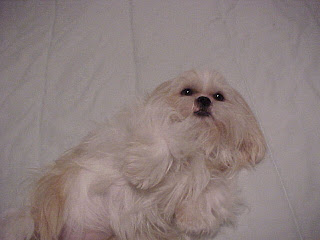 He also found out that he enjoys posing for "Play-Dog" (grin): 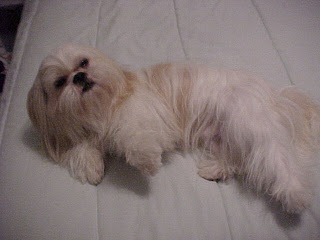 Any way, he wants you to see just how lonely he is and just how empty his love nest is. He is either going to join the lonely harts group or the foreign legion. Just look how sad he is: 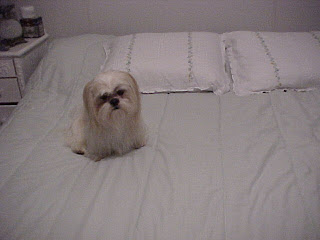 Thank you all for helping us celebrate our anniversary. It is nice to have friends like you.