I walked up the driveway on an errand and I noticed worm tracks all over the areas that were not rocky.  OK, you say worms don't have any feet so how do they leave tracks?  Well, they leave tracks the same way snakes leave tracks.  Worm tracks look like small, rounded grooves in the loose dirt.  Take a close look at the picture below and see if you can see worm tracks: 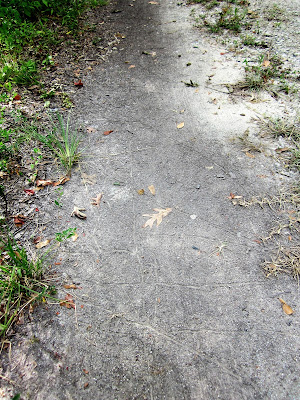 Don't forget that you can click on any picture to enlarge it.  The picture below was cropped off the bottom center of the one above.  So now you will not have to enlarge the picture above.  They were really busy going back and forth and up and down.  I wonder if they were having an "All worms' lives matter" parade.  (grin) 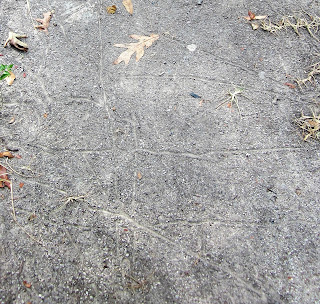 And this next one is cropped from the above cropped picture to give you an even closer view: 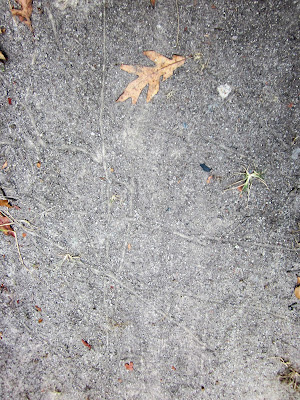 This next view shows a different and larger section that also has worm tracks. 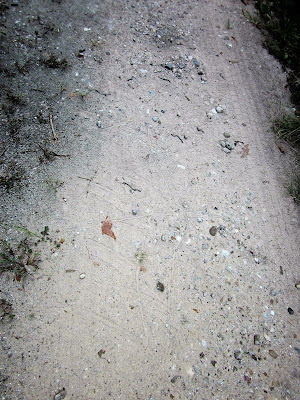 And upon further inspection on up the driveway a short distance I saw the worms: 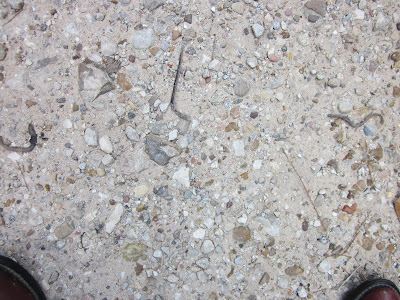 And I also found this guy.  He was bigger than the other two: 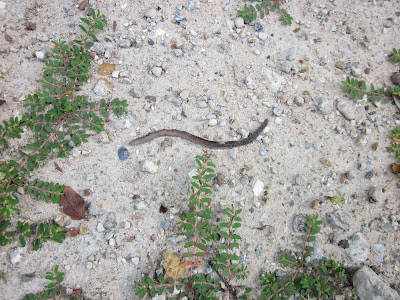 Well, I hope my blog posting with all the fast and furious critters chasing the vehicles up and down my driveway, was not too much for you and didn't take your breath away.  I will try to have a slower paced posting the next time, but for now, you all have a great day, you hear?