Buried in a Corvette.

Back on this day in 1994, a fellow by the name of George Swanson got his final wish but he had to wait until he died.  Have you ever loved a vehicle that you owned?  Yes, I know you liked a few just as my favorite car that I owned was my 1957 Chevy convertible, but not near as much as ole George loved his car, a 1984 Corvette.  He decided he wanted to be with that car for eternity.  So, how did he make this happen. 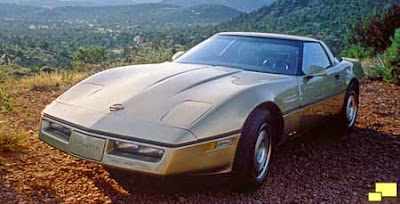 First, he purchased 12 burial plots at a cemetery that was located about 25 miles east of Pittsburgh and then he left instructions that he was to be cremated and his ashes were to be placed in the drivers seat of his beloved car and the two of them to be buried in those 12 plots.  The cemetery didn't want to do that but then finally decided to allow it.  His wife said that "George always said he lived a fabulous life, and he went out in a fabulous style.  You have a lot of people saying they want to take it with them.  He took it with him."  And he did.
Here is a link to that site if you want to read the whole story:
http://www.history.com/this-day-in-history/pennsylvania-man-buried-with-his-beloved-corvette
Do you have any special requests for your final resting place?  I would like my ashes spread down the path from our old camp, "Trail's End" in Pennsylvania, to where the swinging bridge used to be over Big Coon Creek.  Of course after I am dead, it really doesn't matter, does it?  So, they can do with me what ever they want, the cheaper the better.  Now, you all have a great day, you hear?﻿
Posted by Dizzy-Dick at 11:21 AM