I think I will talk about elephants today.  If you have been reading my blog posting since the beginning, you may remember my blog posting about my son when he was an elephant handler and traveled with the Renaissance Festival and the elephants.  I even posted a picture where he had an elephant lay down and he put his foot on it as if he had bagged it on a hunting safari.

No, today isn't about that.  I am just going to give you a list of interesting facts (at least I hope you find them interesting) about them that I dug up on the Internet. 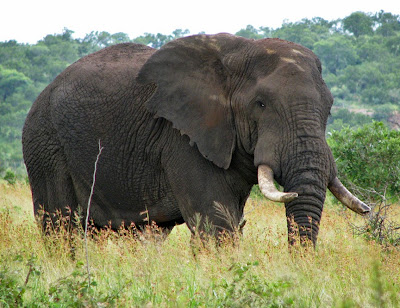 Adult elephants cannot jump.  But it’s a myth that it’s the only animal that can’t. It is joined by few others: rhinoceroses, hippopotamuses and lazy sloths.

Well, maybe they can't jump, but they sure can run: 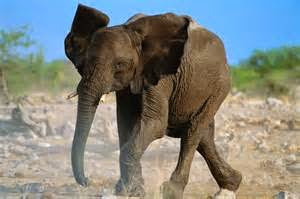 Elephants kill more than 500 people every year. They have been known to also rape and kill grown rhinos.  Such incidents widely happened in Africa, India and Southeast Asia, in any place inhabited by elephants and they have been attacking, killing people, and destroying their houses and crops. 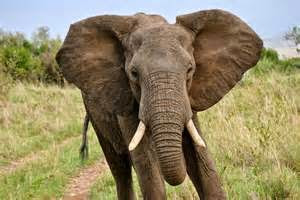 Dang, I wouldn't want to see this elephant chasing me.  I am not a fast runner and elephants can run at 15 mph.


The elephant's trunk serves as a nose, a hand, an extra foot, a signaling device and a tool for gathering food, siphoning water, dusting, digging and much more.  An elephant trunk becomes shorter through the life of an animal because of constant wear.
When times are tough for elephants, they comfort each other with touch.  They are highly empathic – they use their trunks to console each other.


Elephants can breathe through their foreheads.  Yes, they have internal nares, leading to their lungs, high on their foreheads.
Elephants are terrified of Bees and actually have a special, distinct vocalization for “Run away the Bees are angry.”
You can see more facts at the site that I got my facts from. . . here:
http://bestpictureblog.com/20-amazing-facts-about-elephants/4/

I sure hope that an elephant doesn't chase you but I would rather you have a great day, you hear?