I bet you are wondering what the connections are between garbage pick-up and Christmas lights.  Well, I will tell you.  Yesterday was my regular scheduled garbage pick-up day, so in the morning, I carried a couple of full garbage cans down to the road for pick-up.  That is about an eighth of a mile from my house.  Then last night, I went down to retrieve them, but they were not empty, but when I got down there, I was very impressed with the neighbors' Christmas light displays.  So, I walked back to the house and got my camera and went back down to the road, took two pictures, and came back and put the camera chip into my computer and looked at the pictures.

Dang, I must have the palsy or something.  Those pictures were really blurry.  But, since that is all I have I am going to post them anyway.  After seeing the blog at http://littlelottajoy.blogspot.com/, I decided if she posted those shaky pictures I could post mine, too.  So try not to get too dizzy. 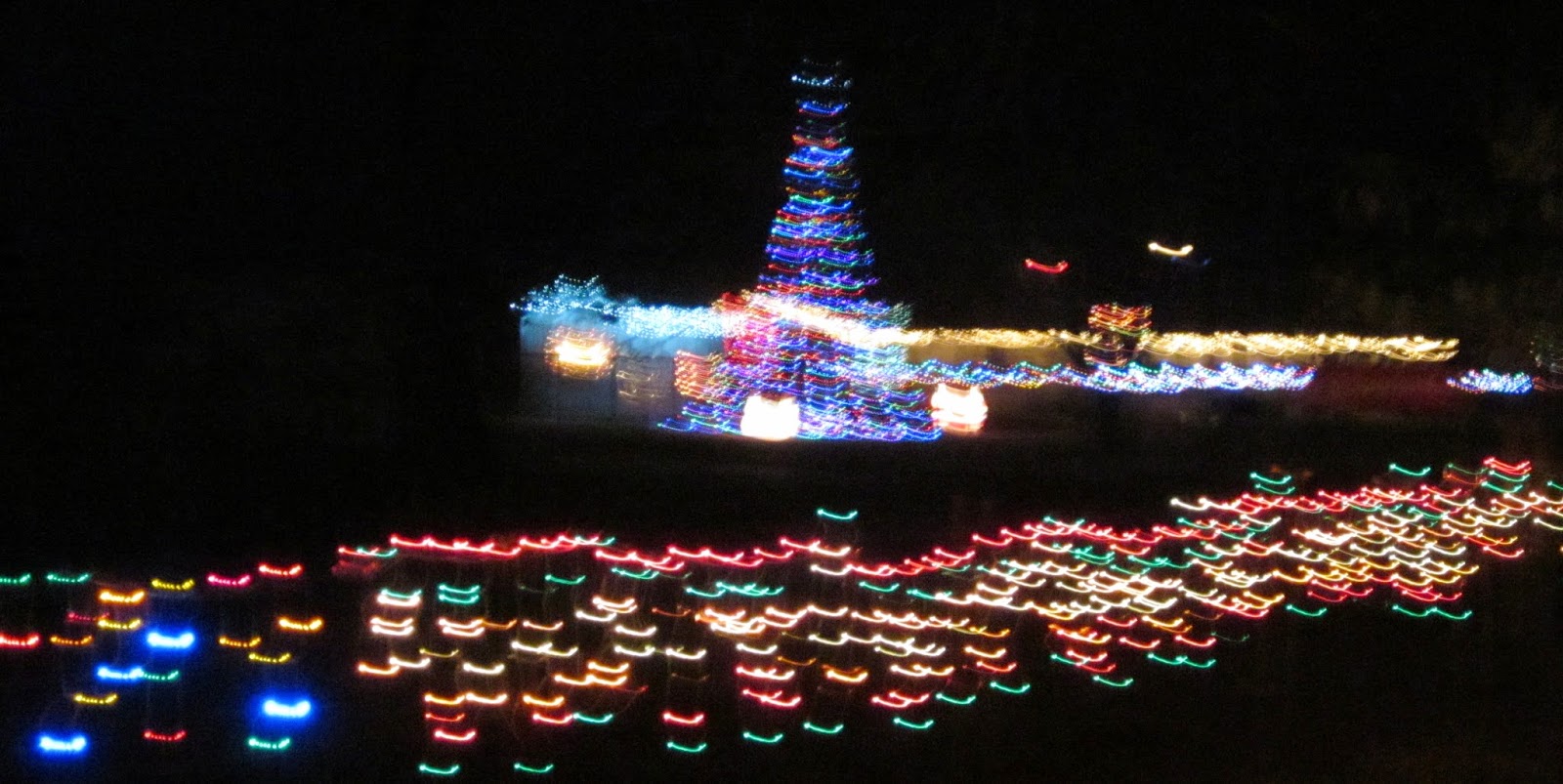 See, I told you that they were blurry.  The problem was, that since it was so dark, the camera kept the shutter open for a fairly long time.  If I had known that at the time, I would have braced the camera against a fence post, but then I wouldn't have been able to get that last picture of the lights on the fence.  Oh well, you get the idea.  Now, if you don't like them, blame Lottajoy. . .Now, have a great day, you hear?
Posted by Dizzy-Dick at 11:37 AM