Wondering About the Hindenberg.

On this date back in 1937 the German airship, Zeppelin, explodes and crashes killing and injuring many.  It took about a half a minute for the resulting fire to engulf the whole ship and bring it down tail first.  I think we have all heard the recording where the reporter described what he saw unfolding in front him, especially the part where he said "Oh, the humanity!".  There were thirty-six passengers and sixty-one crewmen and thirteen of the passengers, sixteen of the crewmen, and one ground crewman were killed.  After watching the film of it, it is a miracle that so many did survive.  You may want to check this link out: http://en.wikipedia.org/wiki/File:Special_Release_Zeppelin_Explodes.ogv

Since the crossing of the Atlantic was a news worthy event, there were photographers at the scene, so they were able to record the event in still pictures, also. 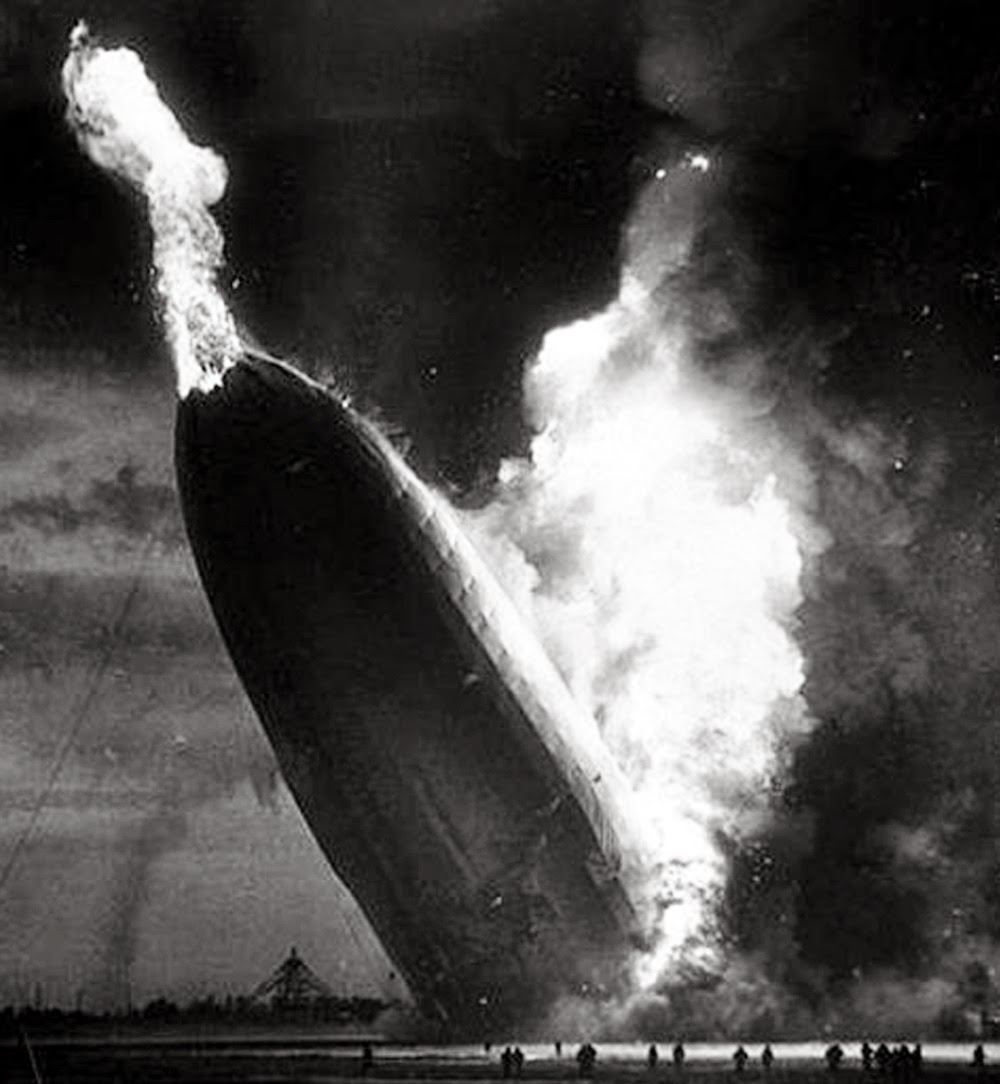 It sure was a terrible disaster and after this event, the other airships were dismantled and the age of the dirigibles ended. Modern aircraft have taken over, but, they too have terrible crashes and with loss of lives.  You all be safe in your travels and have a great day, you hear?﻿
Posted by Dizzy-Dick at 9:51 AM