Happy Birthday John!!  I am talking about John Force, a NHRA Top Fuel drag racer.  He drives a 10,000 horsepower funny car and has won 16 championships, the latest one was last year.  Twice, when he didn't win, one of the cars he owns, did.  That record is hard to beat.

Anyone who knows me understands how much I love top fuel drag racing.  This year is the first year I decided to give up my seats, stay at home, and watch it on TV.  I have been to the races at least 10 years in a row, if not more, and I know the feeling, the sound, the smell, the thrill of being there.  It is time (starting this year) to just watch it from my living room.  Of course I watch all the races on their circuit and even had my wife record the races that I went to, so that I could watch them later.

OK, how about some pictures of John Force and his cars.  This first one is John: 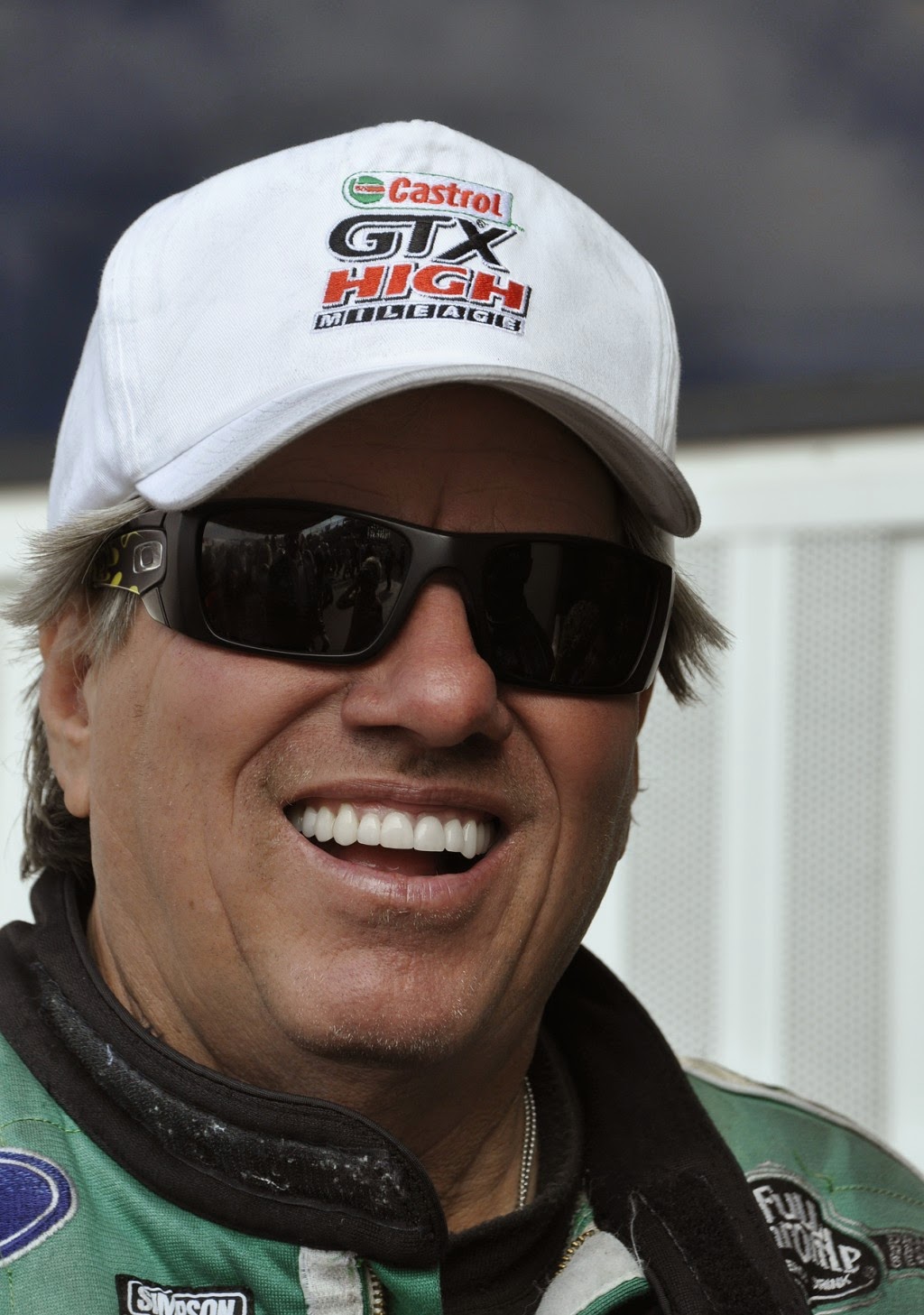 This is John's car just after launch running down the lane at full power.  Impressive, isn't it?  If you said yes, you should feel and hear it in person, live!!﻿ 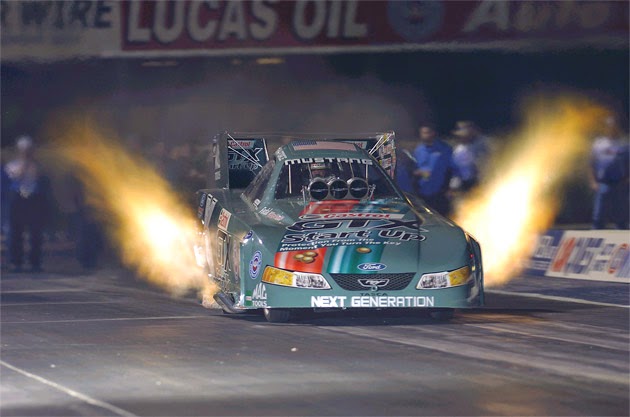 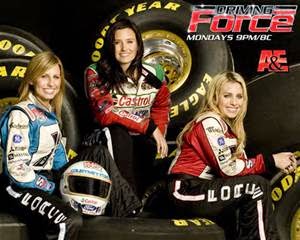 I took this picture of John's pit area and his son-in-law's Robert Hight: 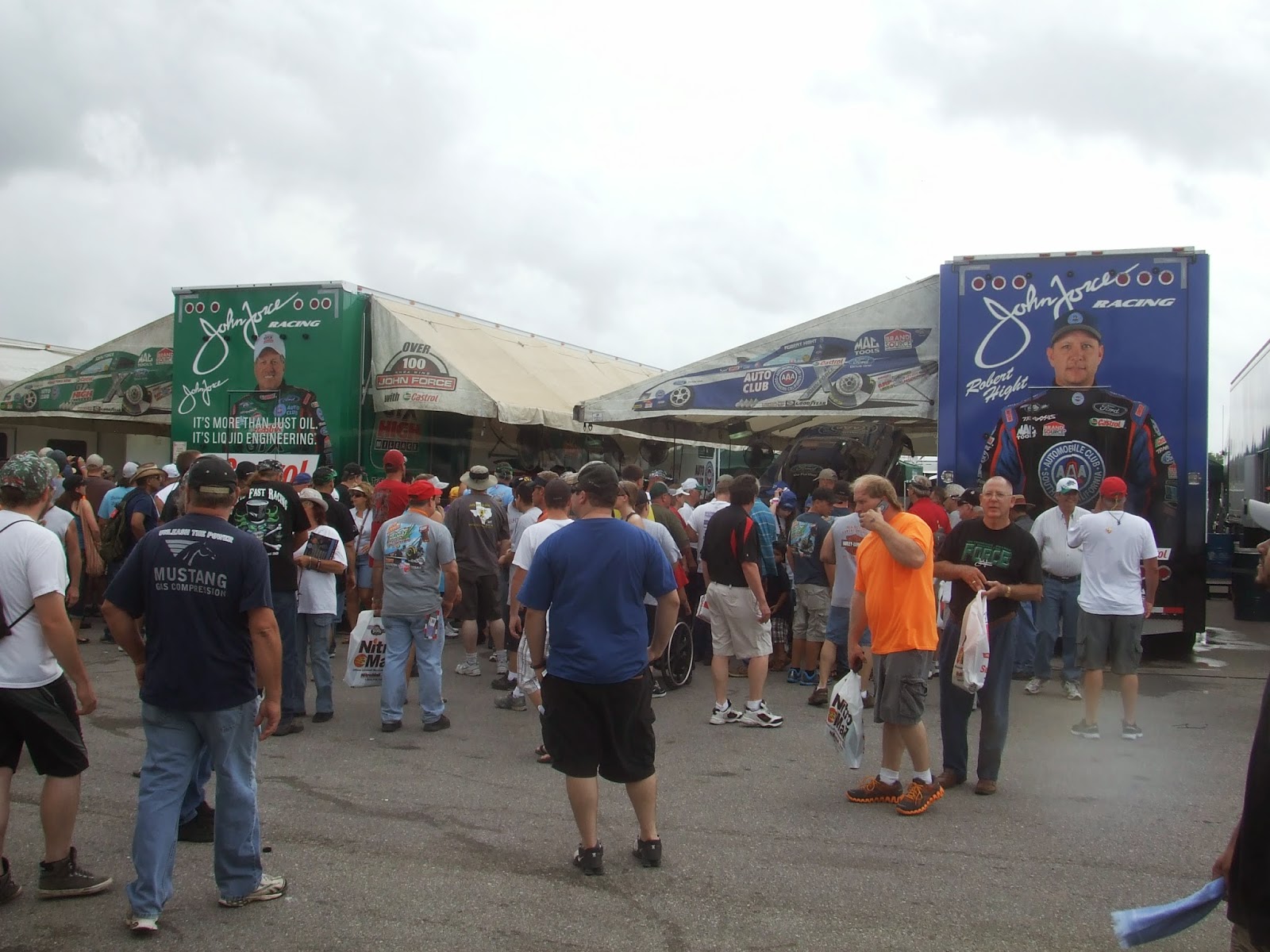 And one of John's daughter signing autographs: 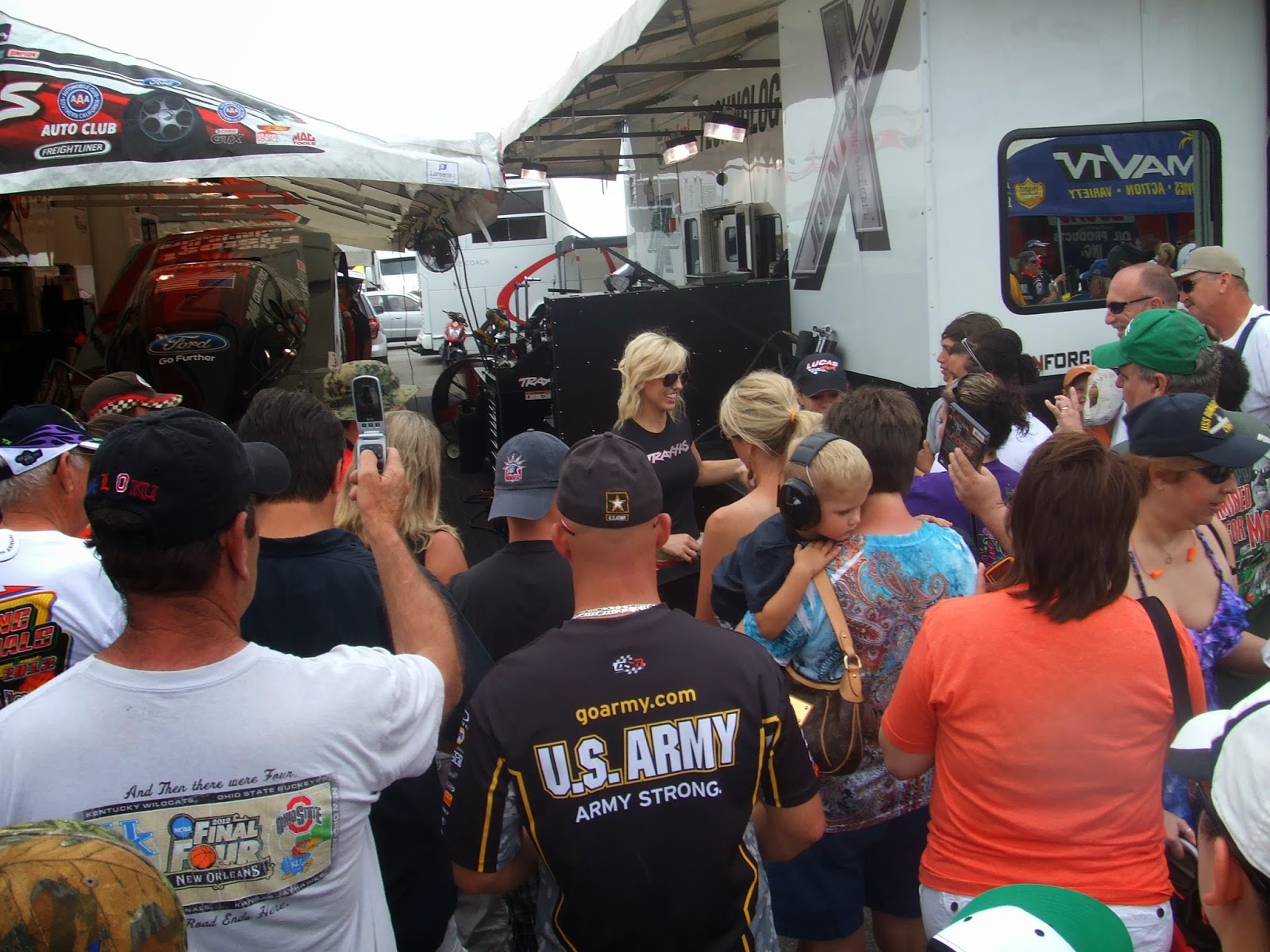 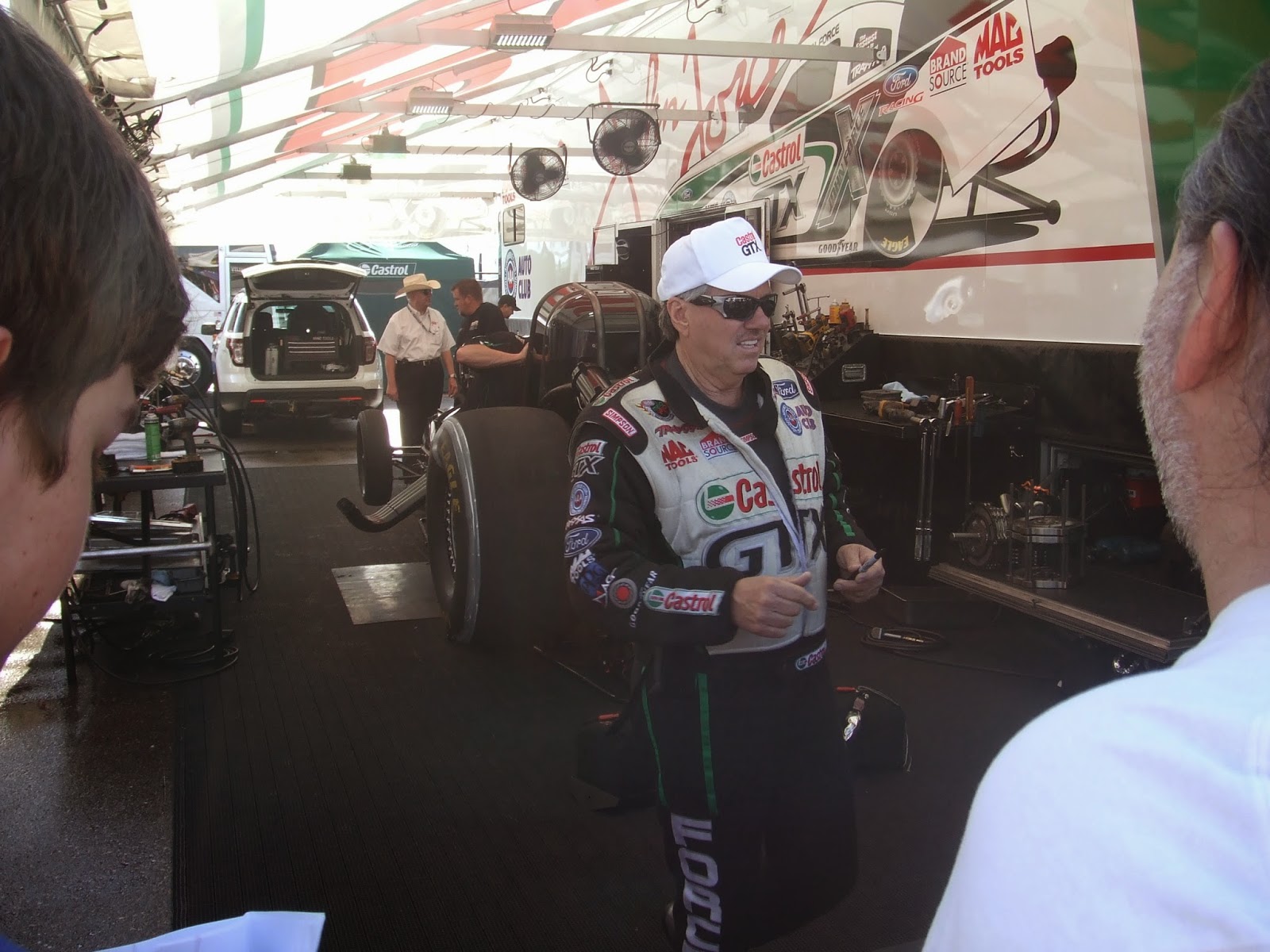 He, too, was signing autographs: 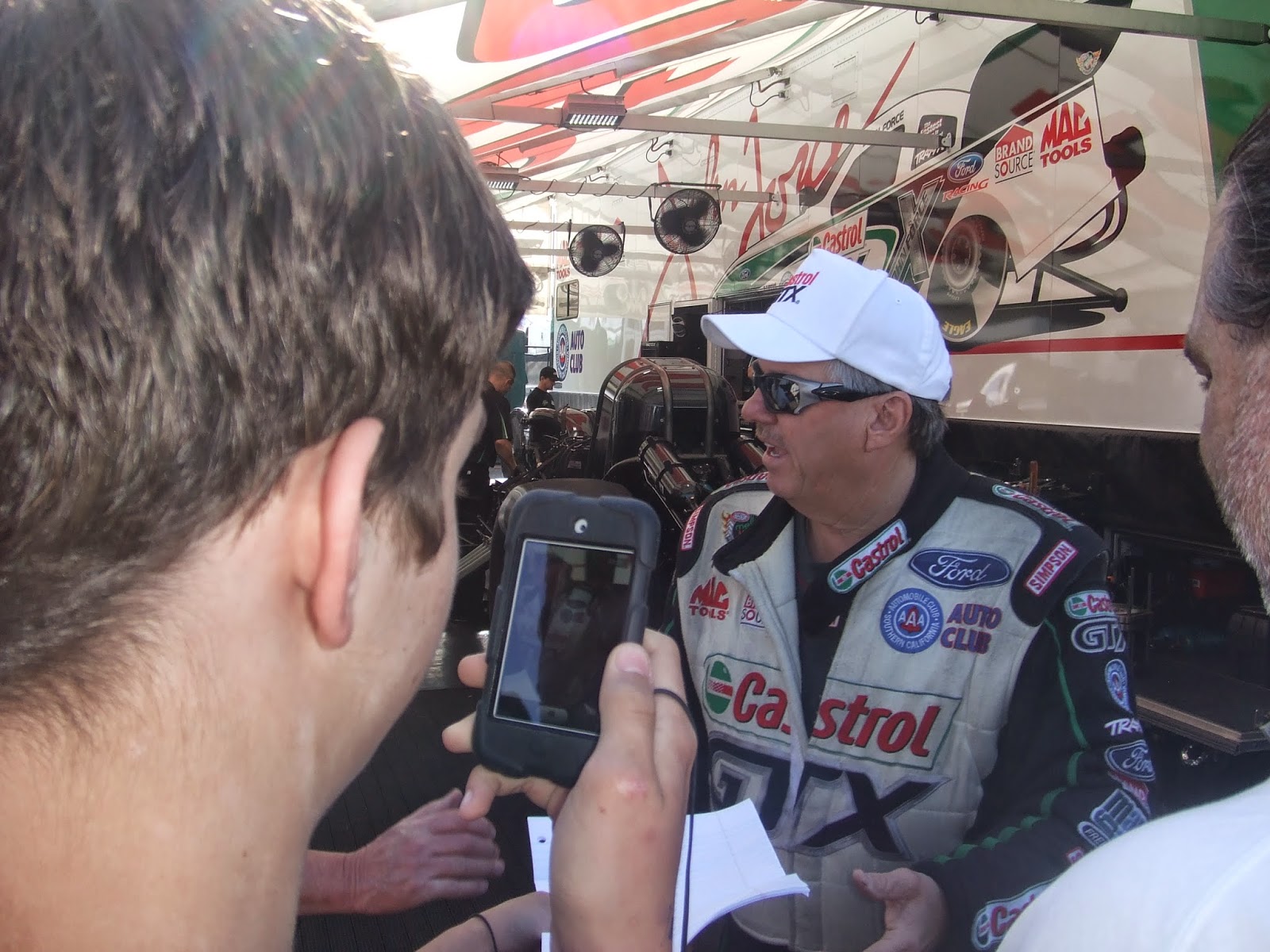 John Force has been in serious wrecks, spent many weeks in the hospital, but has been racing for more years than he can count, so I don't think a little thing like another birthday will slow him down any.  They still run over 300 mph in a thousand feet.  That is shorter than the quarter mile that other dragsters run.  In an eighth of a mile the can reach over 270 mph.  Now, you all stay with in the speed limit and have a safe and great day, you hear?