Wondering About the Michelin Man

The Michelin Man is one of the most recognized symbols that represent a tire company.  This first picture is a modern version of him, but he got his start way back in 1894 in France when Edouard and Andre Michelin saw a stack of tires and Edouard thought it looked like a figure of an armless man. 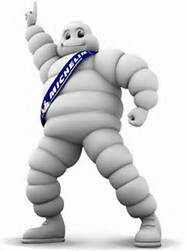 So he made a tire man out of bicycle tires and it was named Bibendum.  Here  a poster from 1898 where his name appeared. 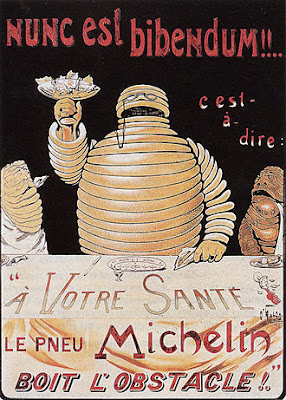 The above poster says,  “Cheers, the Michelin tire drinks up obstacles!”

This next picture shows a couple of Michelin men made of real tires.  As you can see, it took all sizes but in those days, the tread side was usually rounded and narrow.  When compared to modern automobile tires, these old ones look more like bicycle or motorcycle tires. 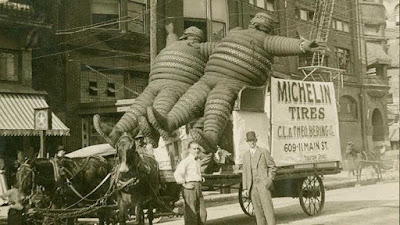 And of course, the first Michelin Man who was a real man: 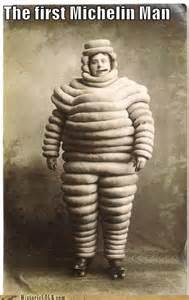 It seems the above Michelin Man likes cigars, too, and is he on roller skates?  Well at least if he falls while skating, all that padding would surely protect him.  Now, keep the rubber on the road and have a safe weekend, you hear?