The Moon and the Bees.

Yes, I got the title right.  It is "The Moon and the Bees", not the "Birds and the Bees".  Hey, I'm sorry, but you do know the moon has been the cause of the other.

I am going to start with the moon.  My son suggested that I should get my telescope out because it was going to be a clear night and that I hadn't had it out in a long, long time.  I thought that was a great idea.  The telescope is broke down into three pieces that I can handle; the mirror, the tube, and the base.  It is a Dobsonian and without any drive motors, you just have to push and shove, to find the target you are looking for.  Since the moon was directly over-head, it became the primary target.  For some reason, even though I have seen the moon many times, it doesn't get boring.

The last time I had my big scope out and looked at the moon, I saw the mountains coming up over the curvature.  This time it was mostly all creators and plains.   I got my camera out and took pictures of the moon? 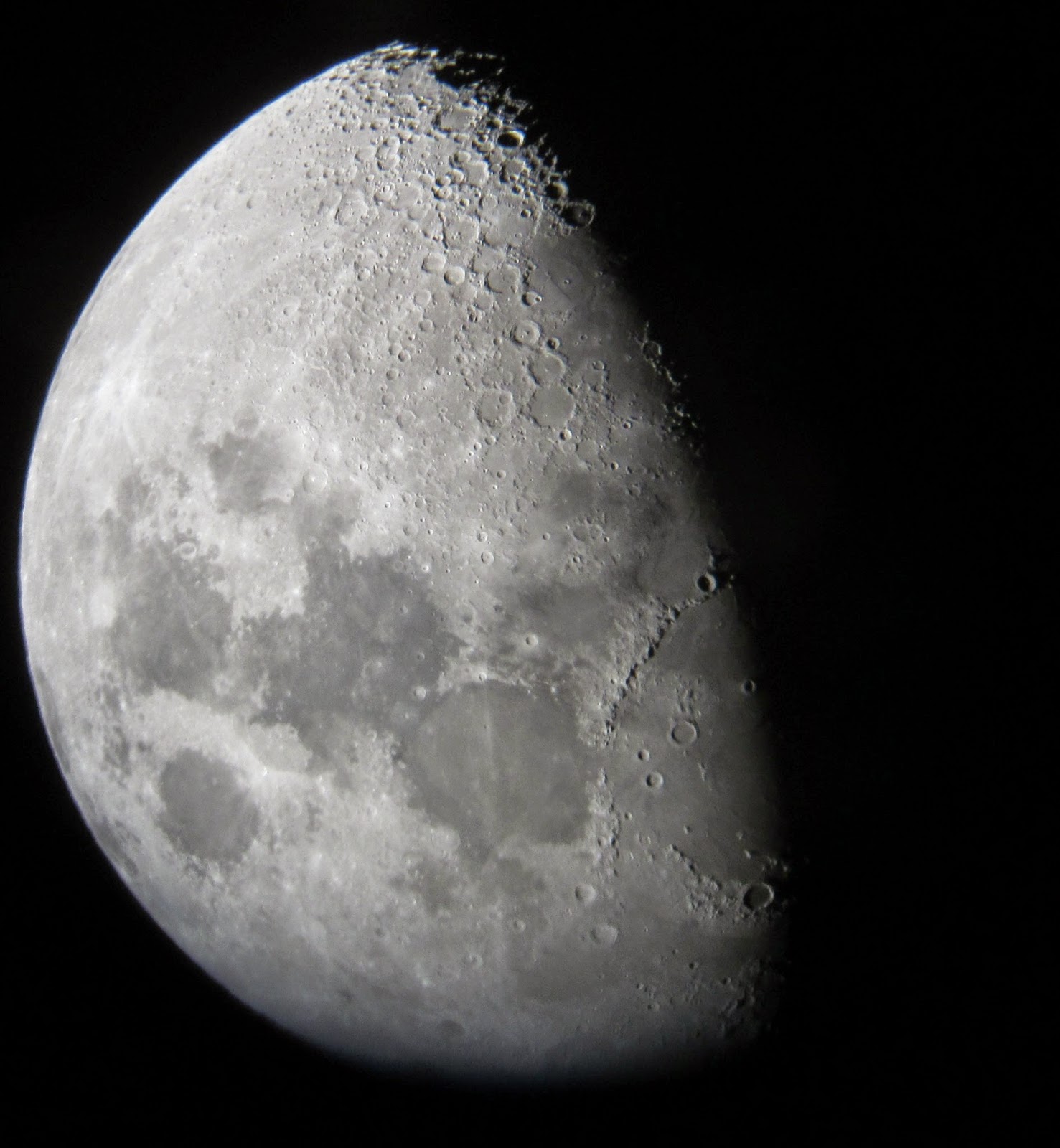 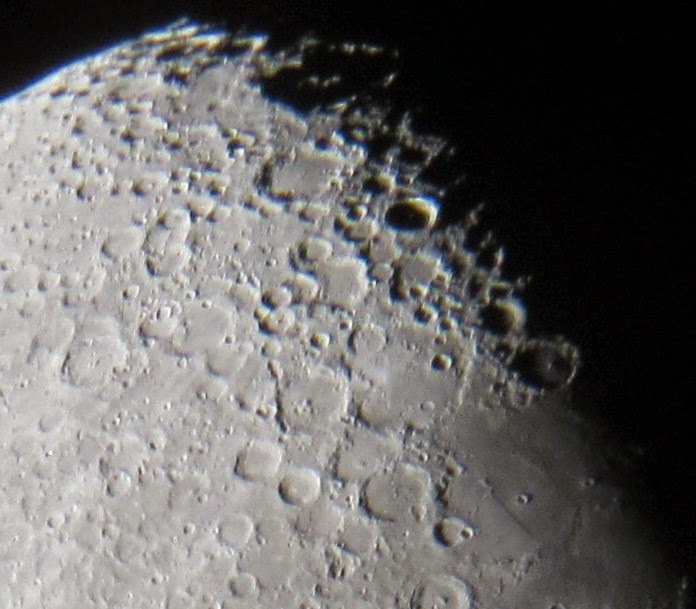 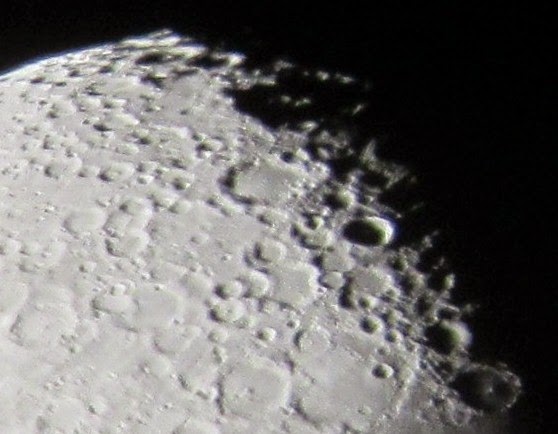 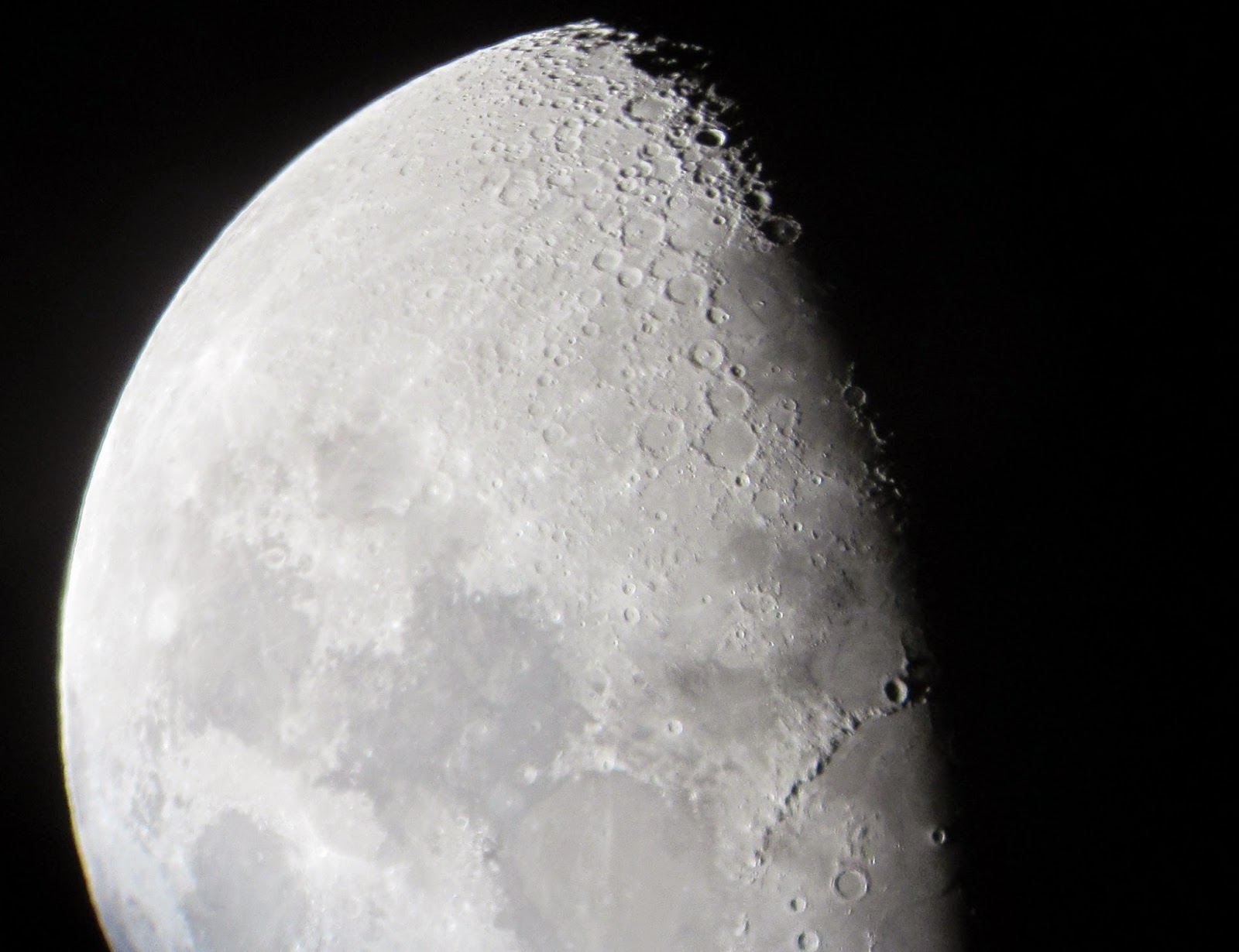 Then this morning, a short time after I put the hummingbird feeders out, the bees invaded them: 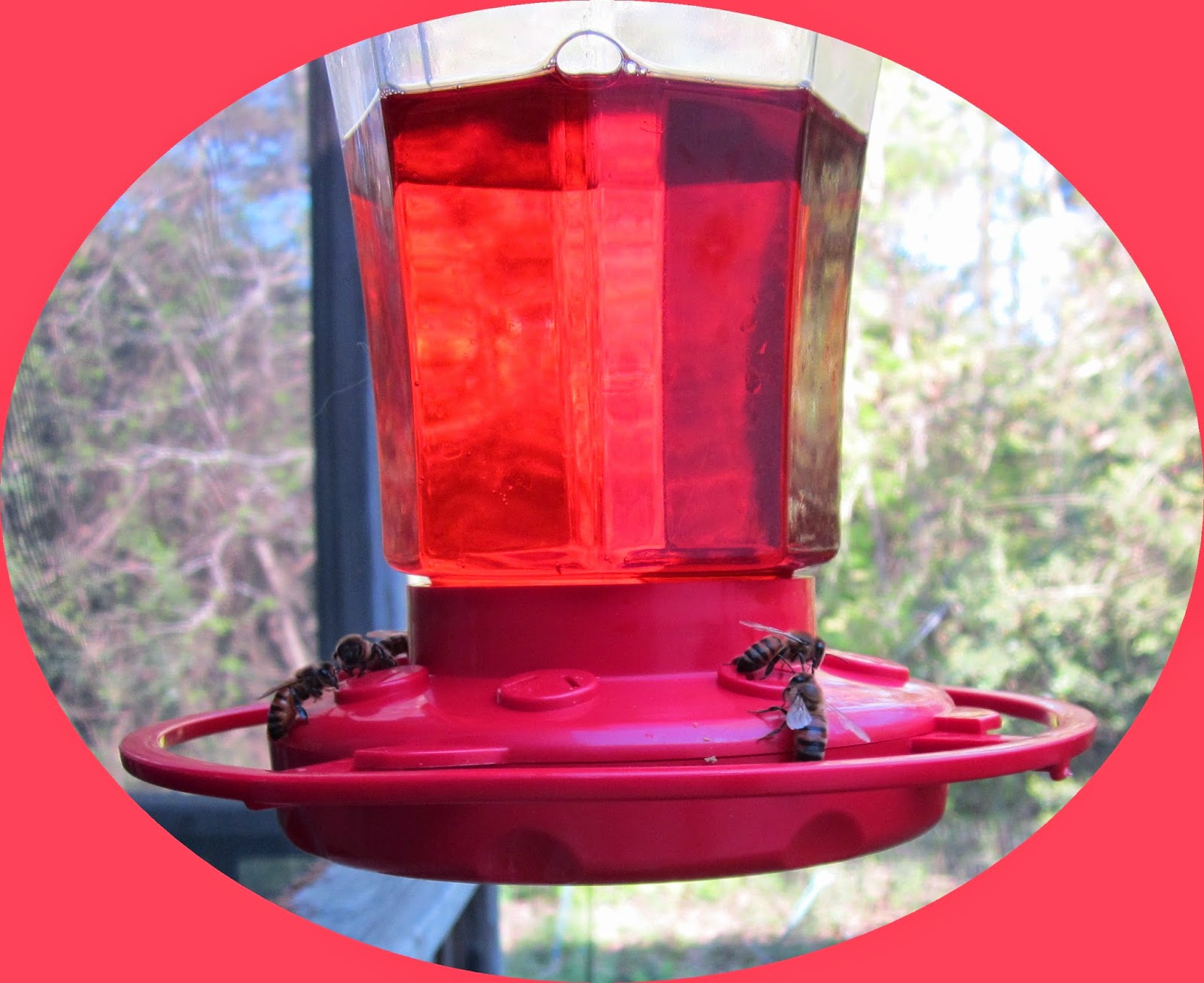 There were a lot more than just three or four. 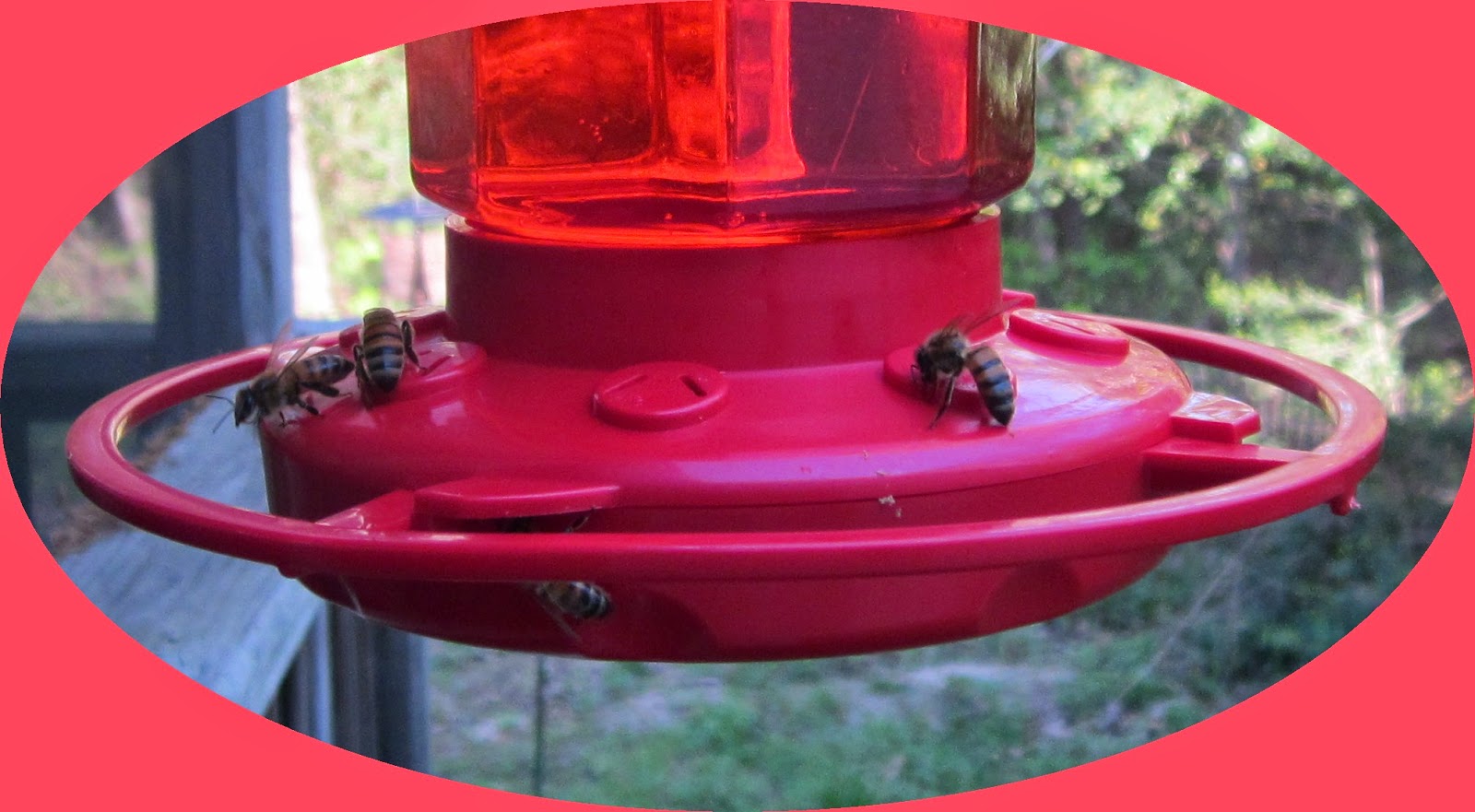 They were trying to empty the feed as fast as they could. 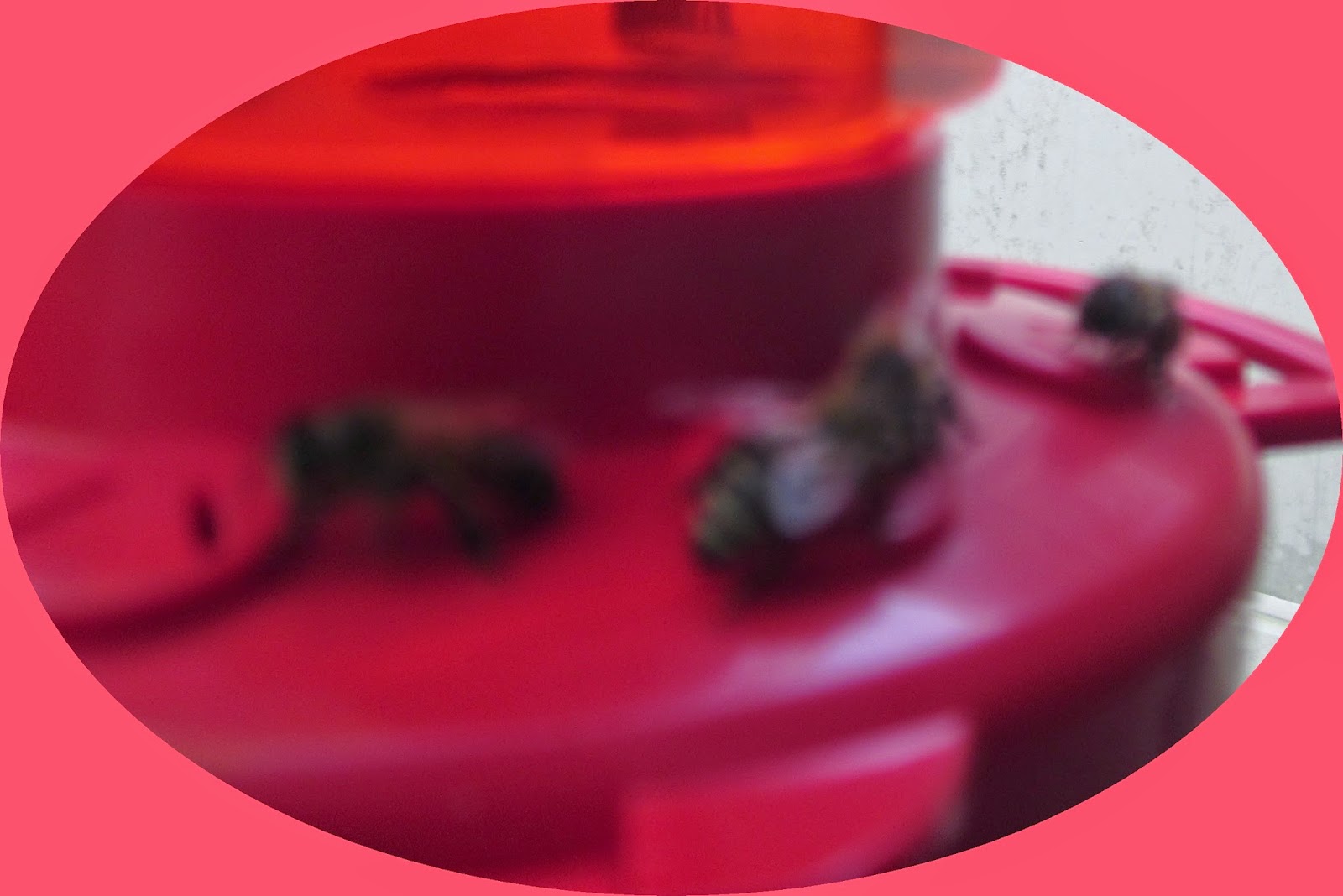 Then a lot of them started showing up, so I went in the house and got a water bottle with a spray top.  They didn't like being sprayed and at one time it looked like a swarm of them circling me and the feeder.  I kept pulling the trigger on the water bottle giving them a mist of water.  They finally all disappeared but as soon as I went into the house, they were back.  Oh well, bees are having a tough enough time trying to survive in this day and age of insecticides, that I shouldn't mind letting them feed on the feeder.  A couple of hummingbirds came by, circled it, and flew off.  I guess they didn't want to compete with all those bees.
If anyone can give me a hint on how to discourage the bees without harming them or the hummingbirds, I am open to suggestions.  Now you all have a great day, you hear?﻿
﻿