Wondering About a Huge Monster.

I guess that there are all types of monsters.  Everyone probably has a different opinion of what a real horrific monster would be.  So, I got wondering what would be the largest most terrible monster I could think of.  Would it look something like this: 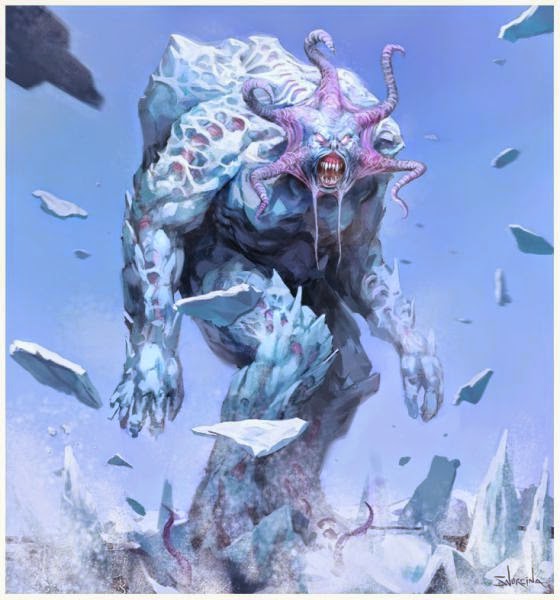 ﻿
No, the largest monster that I know of and that actually exists is the huge and terrible monster black hole at the center of our galaxy.  This monster has a name, it is "Sagittarius A*".  The A* is pronounces A-star.  Sagittarius A* is not only a huge monster, it is about to go on a feeding frenzy which will go on until there is nothing else available within its reach.

As I am writing this, Sagittarius A* has a huge gas cloud (G2) whipping past it at 10 million kph.  The black hole's extremely strong gravity has stretched G2 into a long snake like blob with the leading part already coiled all the way around it.  The gas blob is so large that it will take at least a year for all of it to clear the monster black hole. 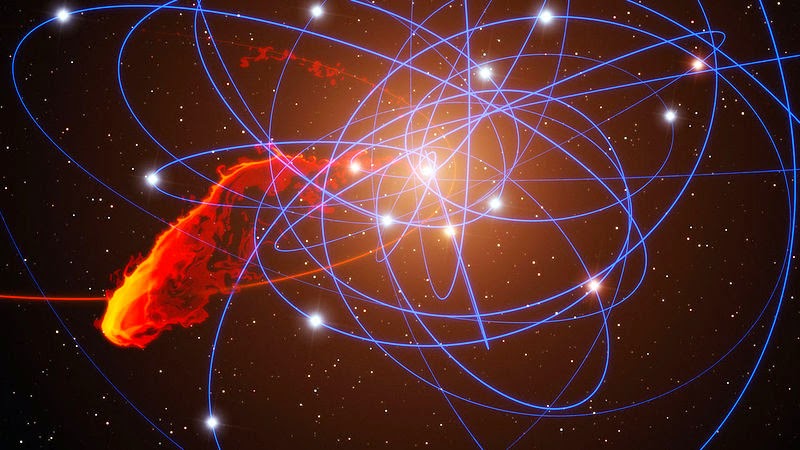 It is also believed that there may be smaller black holes orbiting the huge A*.  The most massive objects in our galaxy seem to spiral downward toward the center.  So, I am sure that it will not take A* long to gobble up those other smaller black holes and when it does, it will flare up brightly for a short time.  The last picture shows what A* looks like when after eating dinner it flares up.  I wonder, is that its way of burping?﻿ 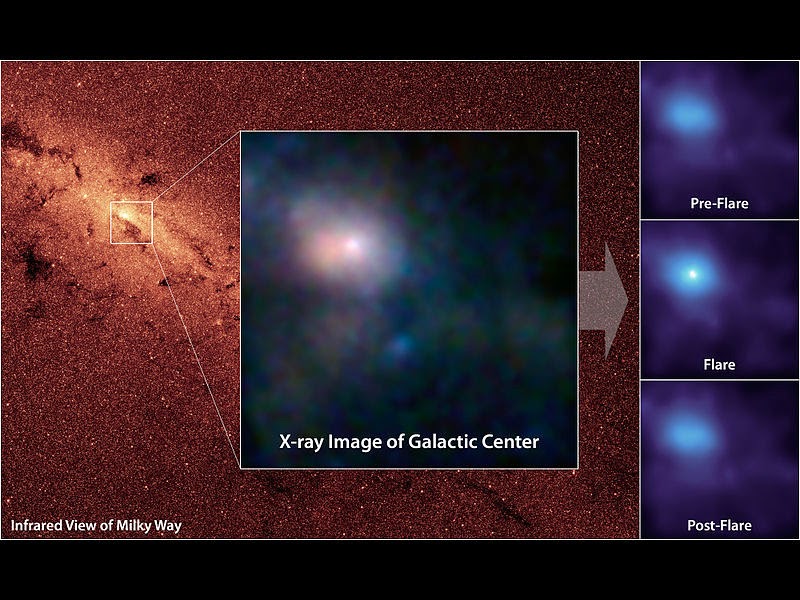 Now, to me, A* is a real monster.  It eats anything that gets close enough, once it grabs hold of you or something else it will never let go and it will slowly suck you in to oblivion.  So, what's it like inside a black hole?  Well I sure don't want to be the one sucked into one just to see, how about you?  Now, you all keep your distance from black holes of any size and have a great day, you hear?
Posted by Dizzy-Dick at 9:37 AM