A little girl was born on August 13th of 1860 named Phoebe Ann Moses.  I am sure we have all heard of her.  What, you say you haven't heard of her?  Well, she married Frank E. Butler.  OK now, does her married name help.  She married Frank after beating him in a shooting contest.  Butler missed his 25th shot and thus, lost the match but he gained a wife.  They started courting after the match and got married on August 23, 1876.  Yep, I am talking about Annie Oakley. 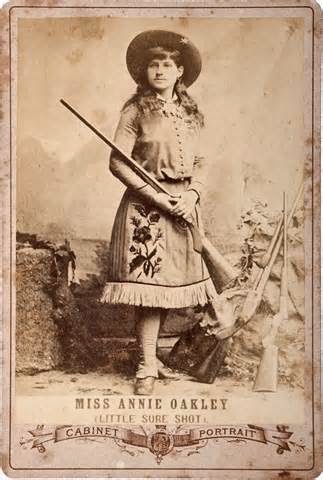 I believe it was on this date back in 1885 that she joined the Buffalo Bill's Wild West show.  She was known as Little Sure Shot.  The first time she ever fired a rifle, she shot a squirrel through the head.
﻿ 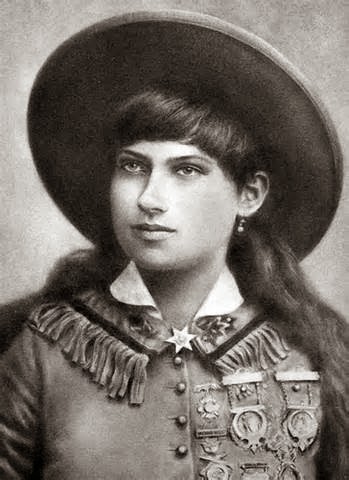 I don't believe I need to go on any more about her ability with firearms.  She didn't have an easy youth because her father passed away and she turned to hunting and trapping game to sell, the only way she knew how to get by. 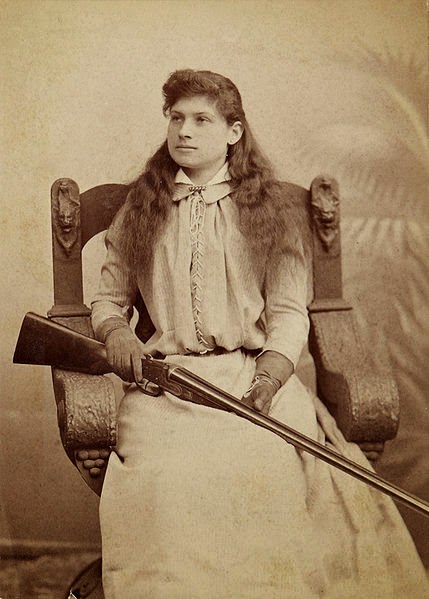 Did you know that Sitting Bull was her adopted father?  She must have really liked him.  There is so much more to tell about this talented lady, but I am going to stop here.  Now, you all have a great day, you hear?