Wondering About The Unkown Soldier.

It was on this date, October 23rd, back in 1921 that the "Unknown Soldier" was about to be selected.  Did you know that the U.S. lost around 77,000 servicemen who were killed on the Western Front during World War I?  I am sure that a lot of them had lost their dog tags, and could not be identified.  Here are a couple of examples of dog tags that the servicemen wore: 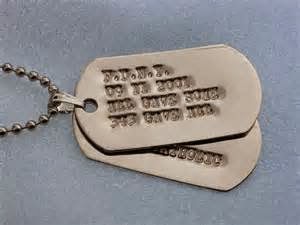 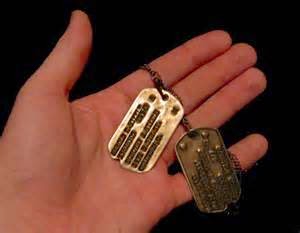 By the way, did you know that dog tags were provided to Chinese soldiers way back in the mid-19th century?
OK, back to the "unknown soldier" and how he was picked out of the many.  The first step was that four bodies were collected from cemeteries at great battlegrounds of WWI.  The bodies were shipped to a hotel in Chalons-sur-Marne (in eastern France) on October 23, 1921.  The next morning, Sergeant Edward Younger, carrying a spray of white roses, entered the room that contained the caskets.  He circled the caskets three times and placed the flowers on the third casket from the left.  The casket was inscribed with "An Unknown American who gave his life in the World War".
Here is a picture of the Tomb of the Unknown Soldier: 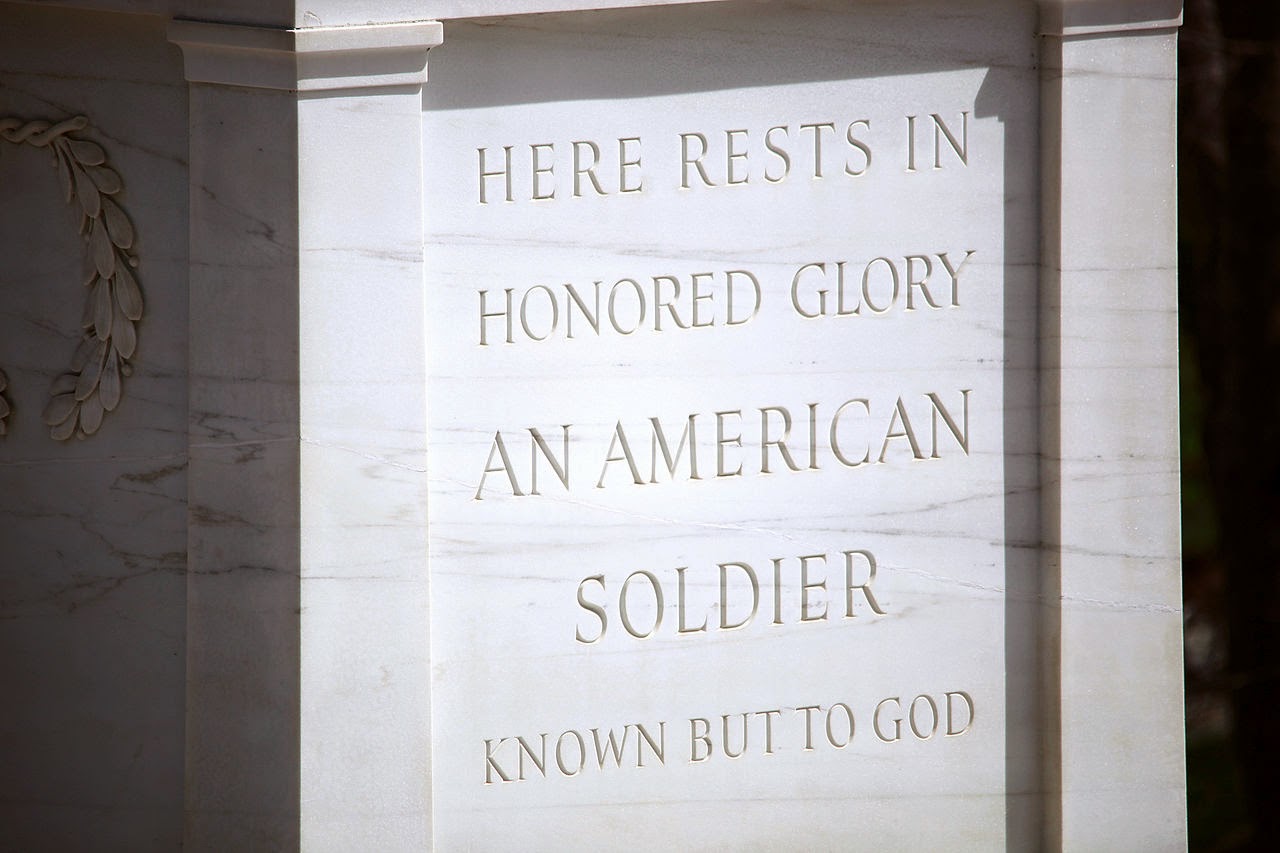 So now you know the story behind the "Unknown Soldier.  Now, I hope you all have a great day, you hear?
﻿