My wife eats mostly vegetables.  She says that they are good for you. Me, I eat anything and everything.  The only two things I don't like are anise/licorice and coconut.  Everything else is fair game to me.

I would imagine that they had vegetarians in the past, too: 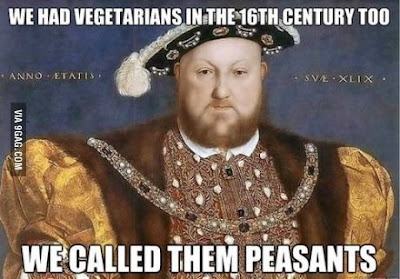 I guess back in the 16th century, eating no meat was not so much a choice but rather, that was all they could afford.  Yes, I am old but NO, I wasn't around back then.

Speaking of being old, I can remember old rotary dial phones and party lines.   For you young people out there, party lines were when some of your neighbors shared a line.  Each person had their own ring.  Those rings rang every phone on the party line and but your ring was unique.  This led to a lot of your "good" neighbors listening in on your conversation.  Everyone on the party line seemed to know each other's business.  Yep, that was back when the hand receivers had tails: 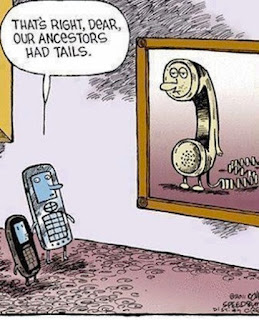 What was the first type of phone that you can remember.  Through my life, I have had all kinds of phones.  Some had cords, some were cordless but you couldn't get very far from the base or you would the signal would be lost, and now, cell phones.  My wife and I both have cell phones, we also have landlines and some have cords and some don't.  We also had a Verizon Hot Spot that we used when traveling in our RV.  That can be used to access the internet.  My son and his wife has those fancy new cell phones that also can get on the internet.  I guess we are behind times, but that is OK with me.  Now, you all have a great day, you hear?