There it was, between my wife and my male dog.  Between the two of them it didn't stand a chance.  My wife administered the coup de grace and I was elected to act as the funeral director.  It was my job to pick up the dead body, transport it to a the funeral home for showing (the porch banister) and then later on to be disposed of. 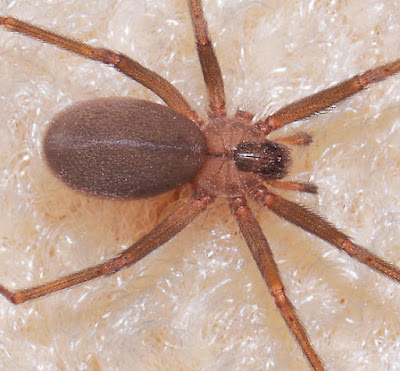 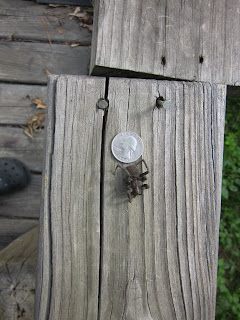 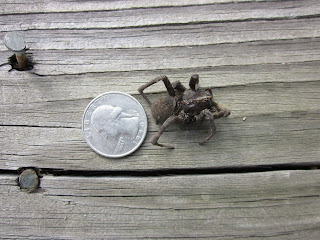 This next picture came off the internet and I think it resembles the picture above.  See the stripe on their heads?  This is not a brown recluse, but rather, it is a wolf spider: 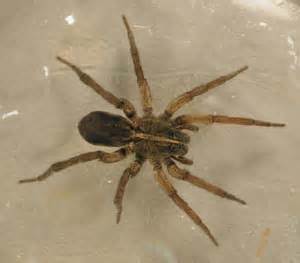 The following pictures are three more shots I took holding it at different angles.  Sorry, but the last two are out of focus. 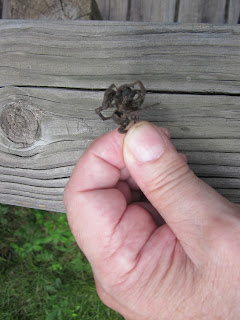 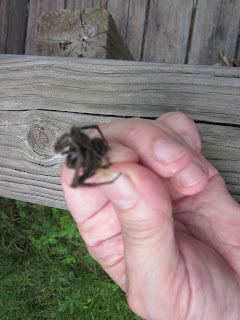 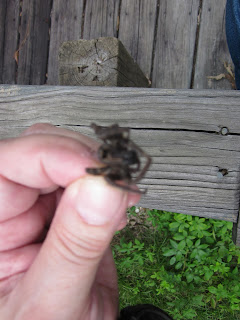 I am not sure what kind of spider this was.  If anyone can tell me, I would appreciate it.  I would really like to know if it is or isn't wolf spider

There are a few spiders who's bites can be real dangerous.  Here are the top four most poisonous spiders in North America.
1.   -   Recluse Spiders (like the Brown Recluse)
2.   -   Widows  (Like the Black Widow)
3.   -   Hobo Spiders  (They are mostly found on the west coast.)
4    -   Yellow Sac Spiders, Black-footed Spider  (They are like the Brown Recluse Spiders in that they prefer to live your homes.)

I would say that most spider bites happen in the home.  A lot of spiders like to hide in your bed, but they can be found anywhere at most anytime.  So be careful not to get bit and have a great day, you hear?