Wondering about WW2 in the South Pacific

I was born during Wold War Two so I don't remember too much about it.  Believe it or not, the only thing I can remember from that time is my Mother holding me and showing me a picture of my Dad.  Later, she told me she did that so that I would remember what he looked like when he came home.  My father escaped the horrors of the South Pacific when he was in the hospital with an intravenous blockage and his group shipped out and ended up on Batan Island.  I dug through the pictures on the internet and came up with this one of a typical island beach landing: 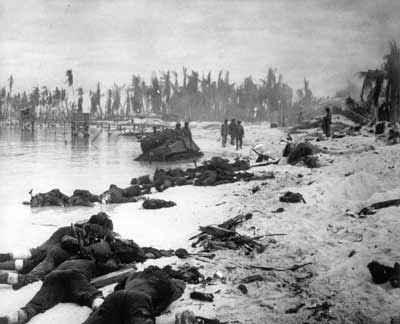 Not a pretty picture is it.

I was digging though some stuff while cleaning out my office and found some old pictures that my Mother had in her things.  It was really fun looking through these old pictures and then I came across one of my uncle during the big war when he was in the Navy and on a south Pacific island.  The note he put on the back was that he had gone native.  There was a U.S, Navy Censor stamp on the back with some snoopy guy's initials in it. 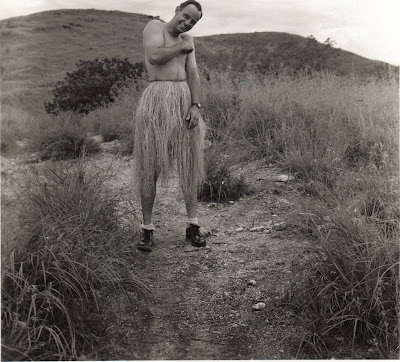 I would believe that this beach landing on this island was not quite the same as the one in the first picture.  What do you think?  It is such a nice day again here maybe I should put on my grass skirt and "go native".  Now you can do what you want to, but be sure to have a great day, you hear?
Posted by Dizzy-Dick at 10:02 AM