Things I See On Trees.

Yes, I know that it has been awhile since I last posted, so I got busy today and went outside and took a few pictures and decided to write a blog posting about them.  I took pictures of a few trees that I thought appeared to have pictures on their barks.  I could see these images on the bark of those trees. Maybe it is just me and my vivid imagination, so I want to show you these pictures  that I took and ask whether you see what I do or if you see something else or maybe nothing but bark.

OK, here are the pictures.  If you look at the white spot about a third of the way up the tree, it appears to me to be the head of a little grey man that just stepped out of a flying saucer. 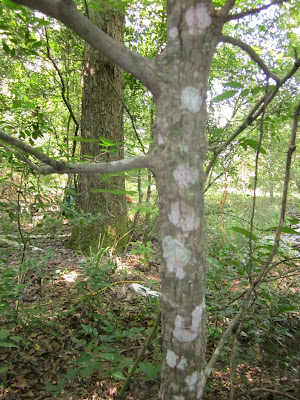 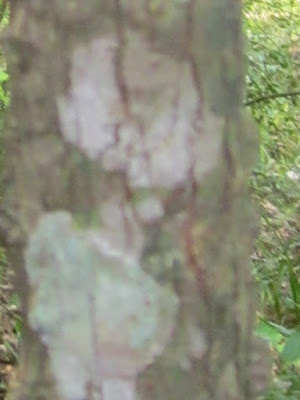 And in the next one, the part I circled with an orange line, I see a pig: 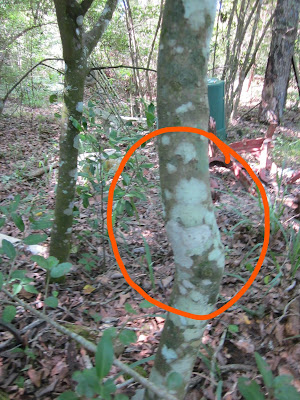 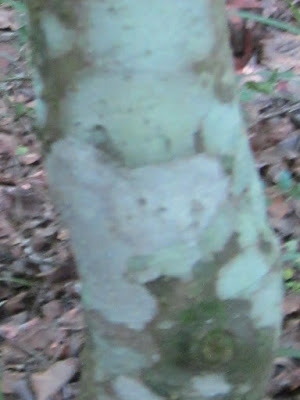 Yep, it sure looks like a pig to me.

Now, in this last one, I can see two things.

On the left edge of the tree, I see the eyebrows, eyes, nose, and elongated chin of a man looking to the left.  Also, it the center in white, I see the face of a, ah ah ah, maybe a man, or an alien, or a skull.  Whatever it is, it is not the friendliest face I have aver seen: 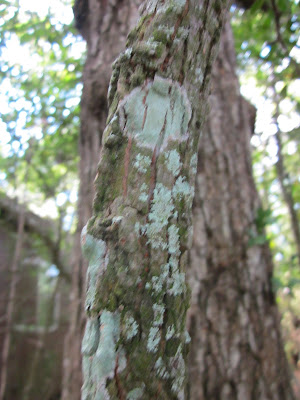 And of course, an enlarged view: 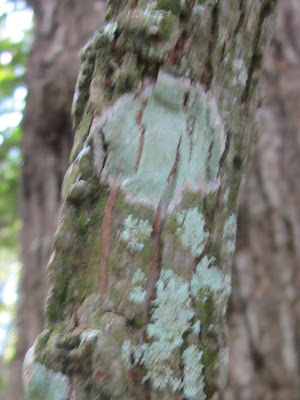 Well, that is it for today.  I have showed you enough of my weird imagination.  Now, you all tell me what you see on those trees in the pictures I have posted and have have a great day, you hear?
Posted by Dizzy-Dick at 6:53 PM