Some stars just burn up their fuel and die slowly to a cinder that takes many years to cool off, some violently explode, and others die somewhere in between the two extremes.  Of all these, the most famous is the double star system, Eta Carinae.  There have been many photos of this system published but I never get tired of looking at them.  The first four pictures show the two huge balls of gas being blown off the two stars which will probably go super nova if they haven't already.  This system is 7500 light years away, so it sure could have and we would not know it for a long, long time.  Let's hope we don't get hit with too much gamma ray radiation when these two stars do explode. 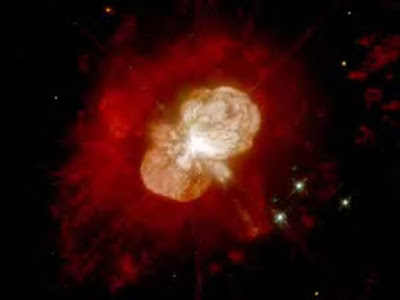 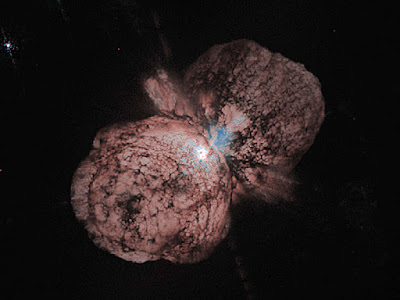 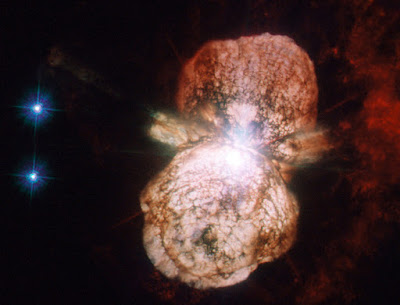 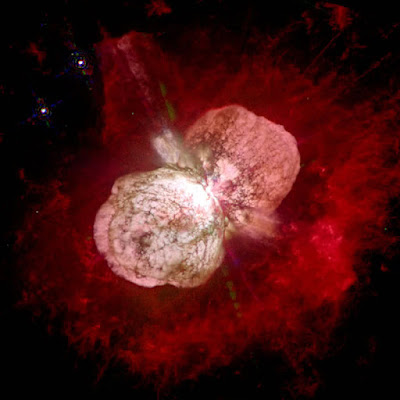 This next picture shows the two exploding stars in their home star system. 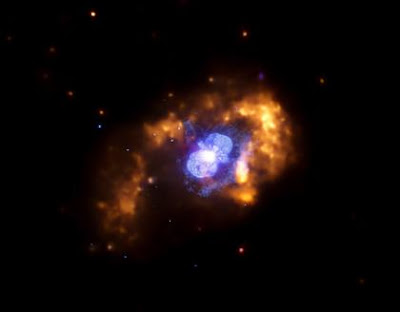 Another picture (must have been taken at a different light frequency than the one above). 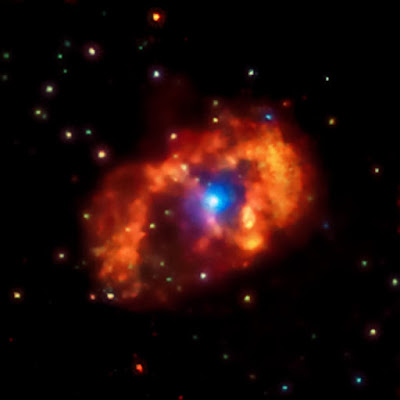 This is the complete star system: 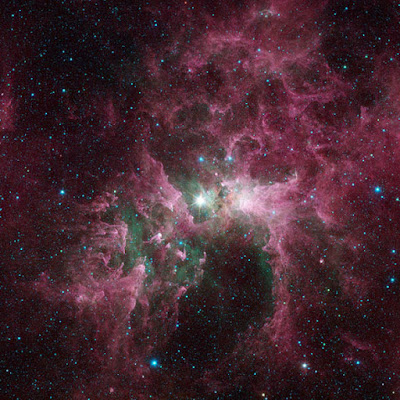 And this shows where the double stars are located within the system: 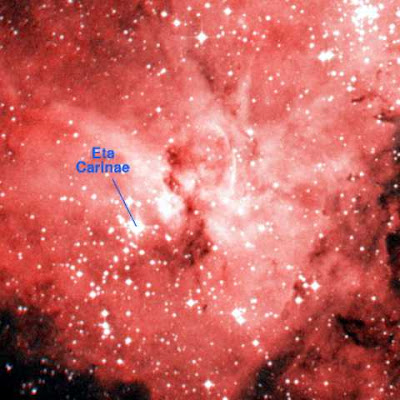 There, you all got your dose of astronomy for the day.  The universe is such a huge and grand place, full of many sights and wonders.  Some of which we know about and a lot more that we don't.  I hope I got you all wondering about what all is out there in our universe and if there are more than one universe and if there are more than one, if the laws of nature are the same in them all or different in each one.  Now, you all have a great day, you hear?
Posted by Dizzy-Dick at 3:10 PM