We had a strange visitor come to our home.  I think that he came from a water world somewhere in our universe.  You know, he could have come from someplace in our solar system, like the sixth-largest moon of Saturn, Enceladus.  It is believed that under that icy shell there is a warm ocean that could contain some type of life forms.  This is what Enceladus looks like: 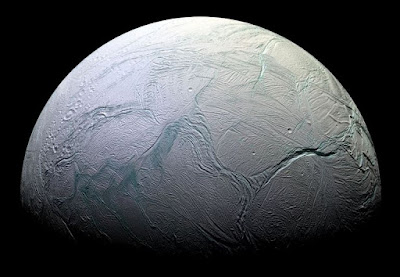 I believe that he had been shrunken with all his fluids removed to preserve him for his long, long trip to Earth.  See, he is less than four inches tall: 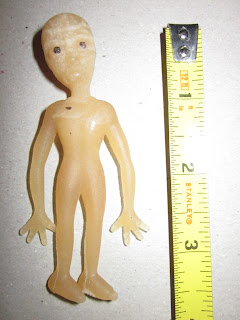 And another picture showing him against a dark background: 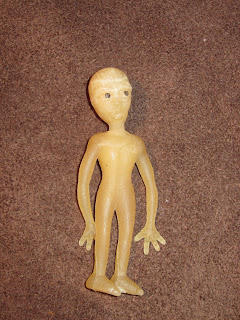 He was in this envelope and it didn't have a return address or a stamp on it.  You may want to click on the picture to enlarge it so you can read it easier. 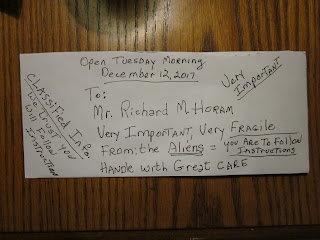 After a couple of hours, he had grown to seven inches tall and got a lot fatter. 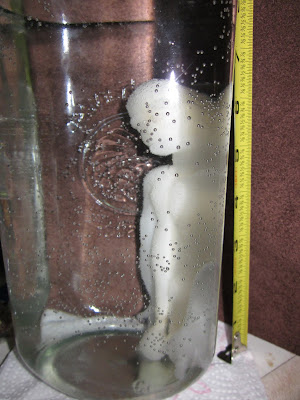 And view from the front: 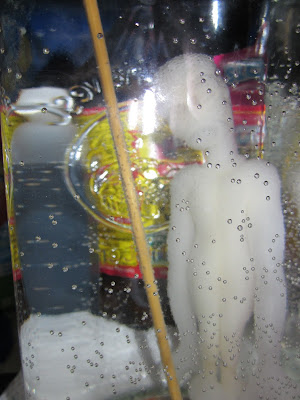 I guess the pups, my wife, and I will try to give him a good home until he can figure out how to get back to his home.  Now, you all have a great day, you hear?